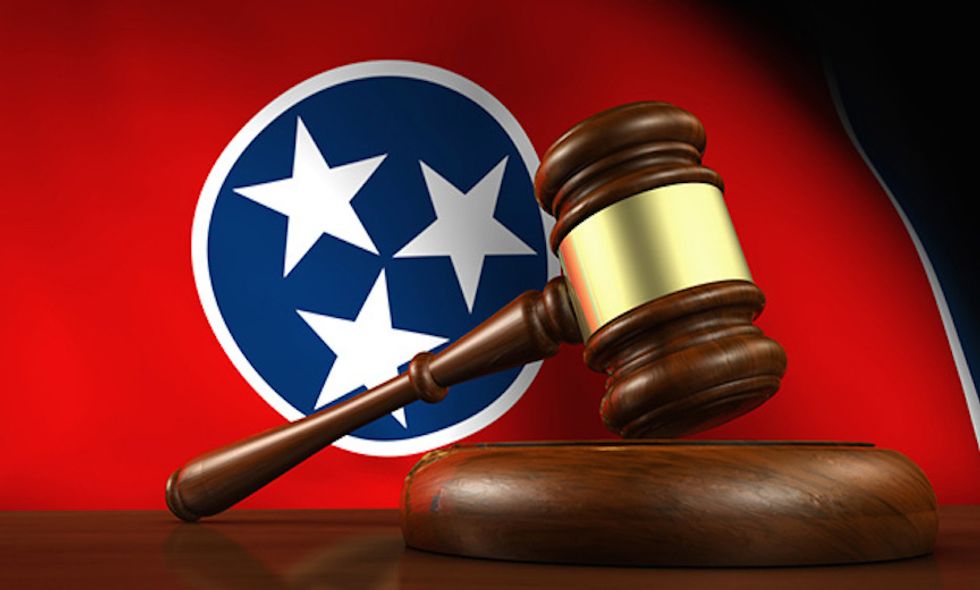 On Monday, the Tennessee state legislature approved a measure designating the Bible its official state book. The Senate approved the measure with a 19-8 vote after only 30 minutes of debate. Tennessee is only the second state to propose state-approved reading material; Massachusetts designated the beloved children’s book Make Way for Ducklings its official state book in 2003.

The House successfully passed the measure last year, but the Senate halted it, sending it back to committee. “We don't need to put the Bible beside salamanders, tulip poplars and 'Rocky Top' in the Tennessee Blue Book to appreciate its importance to our state,” Lt. Gov. Ron Ramsey said at the time. Lawmakers in Mississippi and Louisiana considered naming the Bible their official state book in the past, but secular opposition thwarted their efforts. The bill, sponsored by Sen. Steve Southerland (R-Morristown), now heads to the desk of Gov. Bill Haslam to sign.

Detractors question the legislation's constitutionality. Attorney General Herbert Slatery quoted a provision of the Tennessee Constitution when the House approved the measure last year: “No preference shall ever be given, by law, to any religious establishment or mode of worship.”

Additionally, the First Amendment of the U.S. Constitution blocks both state and federal government from establishing religion. But bill sponsor Southerland, an ordained minister, argues it is not a government endorsement of religion. “The Holy Bible is a history book,” he said. "It's about a lot of different things. But what we're doing here is recognizing it for its historical and cultural contribution to the state of Tennessee."

Some argue that the measure actually cheapens the Holy Scriptures. "The Bible is a book of history, but it is not a history book to be placed on the shelf," said Sen. Ferrell Haile (R-Gallatin). If the governor signs the bill into law, the Bible will join other state symbols

featured in the Tennessee Blue Book, the state manual on state government.

Sen. Jeff Yarbro (D-Nashville) challenged Southerland. The bill, he says, misguidedly highlights the economic impact of Bible publishing in Tennessee. Nor does he find relevant the fact that families often used Bibles to track family histories."I don't think that's why we read the Bible, I don't think that's why we send our kids to vacation Bible school," Yarbro said. "To those of us who grew up in this faith, it is so much more.”

Senator Southerland makes a plea for the legislation. (Credit: Source)

The bill came to a vote mere days before the candidate filing deadline, and lawmakers seemed wary of being portrayed as anti-Bible by their political rivals. "I understand that it's hard to vote against the Bible — no one wants to do that," says Yarbro. "We have an obligation to follow the Constitution."

Sen. Kerry Roberts (R-Springfield), who favors the legislation, alluded to George Washington’s inauguration in his statement. “The very founding of our nation — the very form of government that we have today — was put forth by men of faith, based on their faith, based on what they read in Holy Scripture," he said. “This book has done more to bring us to where we are today than any other book in the history of mankind.”

Mark Norris (R), the state senate majority leader, registered his displeasure. “All I know is that I hear Satan snickering. He loves this kind of mischief. You just dumb the good book down far enough to make it whatever it takes to make it a state symbol, and you’re on your way to where he wants you.”

Governor Haslam has suggested the bill is not “very respectful” to the Holy Scripture but has not indicated whether he’ll veto the bill. "The Bible is the most important book in my life, and I think in the world," he told reporters last week. "But that's very different than being the state's official book."