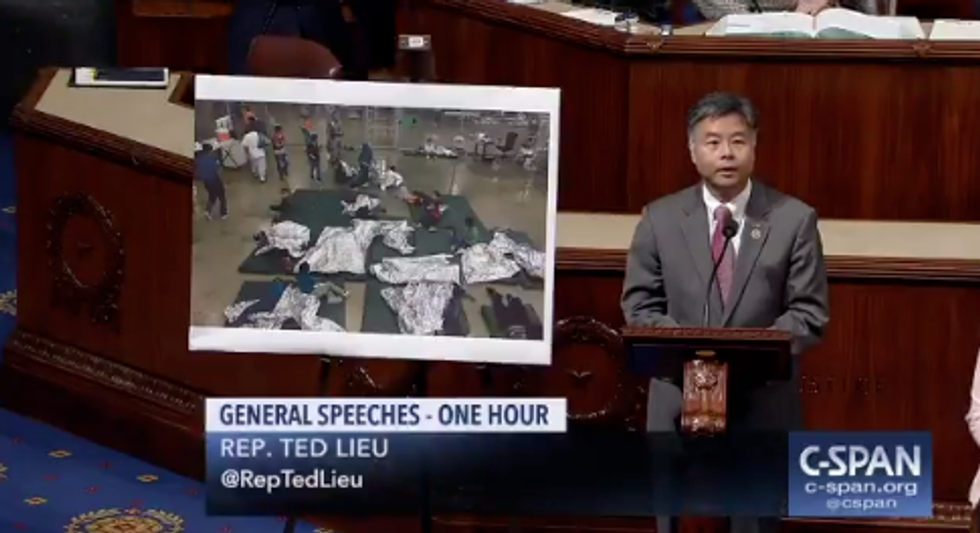 Rep. Ted Lieu (D-CA,) who represents California's 33rd L.A. area district in Congress, took to the House floor on Friday to play the audio released by Pro Publica earlier this week of wailing children inside a U.S. Customs and Border Protection facility.

"Why are we hiding this from the American people!?" he pleaded with the chamber.

Rep. Karen Handel, who was serving as the presiding officer at the time, demanded that he suspend the playing of the audio under Rule 17 of the House rules, although there's no mention of a prohibition on the use of electronic devices on the floor of the House. Lieu just continued to let it play.

You can watch the powerful video below:

Lieu had a message for Handel's call for "decorum" on the House floor:

Many joined Lieu by amplifying his message on social media:

And Twitter was on Lieu's side, thanking him for speaking out: