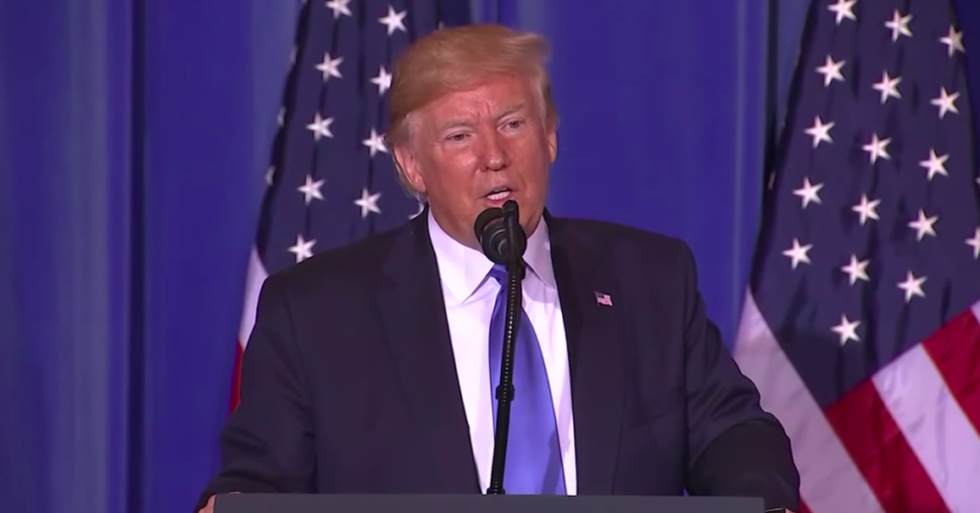 World leaders gathered in Japan for the G20 Summit. While there, Russian President Vladimir Putin told the Financial Times:

"...the so-called liberal idea...has outlived its purpose...Our Western partners have admitted that some elements of the liberal idea, such as multiculturalism, are no longer tenable."

CNN anchor Jake Tapper reported on the remarks from Putin, sharing the link to the Financial Times article on Twitter.

@jaketapper If Putin truly believes that western liberalism is dead, then why does he even bother putting on a show… https://t.co/Wubwe2vk6X
— jimmy craig (@jimmy craig) 1562001521.0

The Financial Times editorial board offered a rebuttal to Putin's claim...

However, when during his press conference, President Donald Trump was asked for his views by The New York Times Chief White House correspondent, Peter Baker, Trump appeared to not understand the question.

The President of the United States responded with digs aimed at California Democrats.

"Well, I mean he may feel that way. He’s sees what’s going on,... if you look at what’s happening in Los Angeles, where it’s so sad to look, and what’s happening in San Francisco and a couple of other cities, which are run by an extraordinary group of liberal people."

"I don’t know what they’re thinking, but he does see things that are happening in the United States that would probably preclude him from saying how wonderful it is."

"I’m very embarrassed by what I see in some of our cities, where the politicians are either afraid to do something about it, or they think it’s votes or I don’t know what. Peter, I don’t know what they’re thinking."

10/ Of course, more important than the president not understanding the concept is the fact that, as @EdwardGLuce w… https://t.co/6XgiTATDuY
— Jake Tapper (@Jake Tapper) 1562000192.0

The President's lack of familiarity with basic political theory or terms was unsurprising...

...but his attempt to answer a question he clearly did not understand exacerbated the situation.

While others saw different red flags in the President's response...

@jaketapper @EdwardGLuce And is it normal for the president of the United States to be embarrassed by some of Ameri… https://t.co/u2KdPSaC9L
— Ian Cameron (@Ian Cameron) 1562010485.0

...and in Putin's reference to the failures inherent in multiculturalism.

@jaketapper We have collectively gone through so much trauma during this Presidency, I often ask myself “is this it… https://t.co/7XblE06ifW
— GivLuvGetLuv (@GivLuvGetLuv) 1562008784.0

@jaketapper In any other era this statement alone would be considered reprehensible. No longer.
— New Normal (@New Normal) 1562008757.0

@jaketapper Disgusting, racist rhetoric that Putin is pushing, not far off from what Steve Bannon believes. And it… https://t.co/w4I5mDZ4fW
— 🍷FlyFishGirl (@🍷FlyFishGirl) 1562006035.0

The book Tapper quotes, The Retreat of Western Liberalism by Edward Luce, is available here.

To learn more about Vladimir Putin and his manipulation of the media, the book The Invention of Russia: The Rise of Putin and the Age of Fake News, is available here.