What is Trump even talking about? 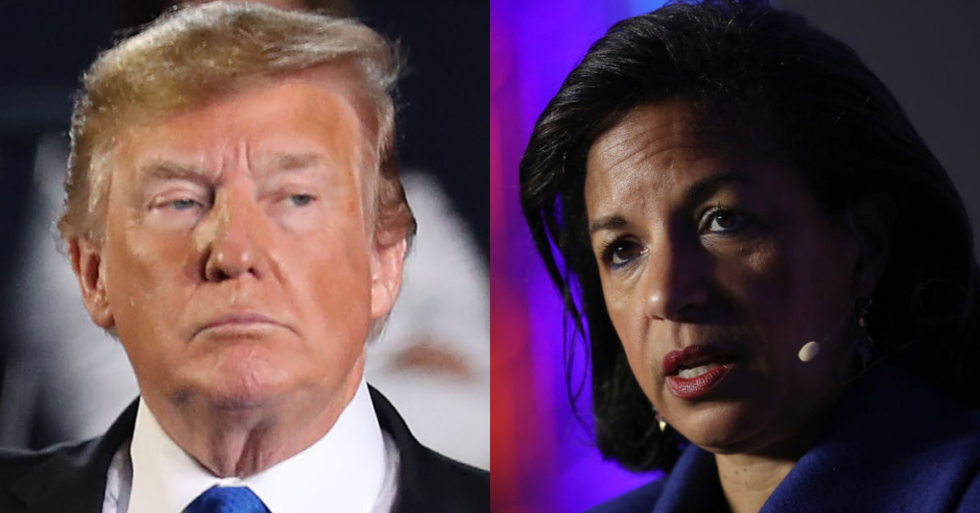 President Donald Trump's use of false claims and outright lies to bolster support among his base is well documented. And while many encourage the press to call the President out on his dishonesty in real time, Trump's latest doozy got a quick fact check from an unexpected source.

After attending the G20 conference in Japan, President Donald Trump traveled to South Korea to the demilitarized zone between South and North Korea. For the first time, a United States President publicly bowed to the demands of a foreign dictator when Trump crossed into North Korea for a photo op with the country's leader, Kim Jong Un.

While speaking to the press, Trump stated:

President Trump: "President Obama wanted to meet and Chairman Kim would not meet him. The Obama Administration was… https://t.co/sgce36ttio
— The Hill (@The Hill) 1561917000.0

"At the risk of stating the obvious, this is horse-sh*t."

A sentiment that was confirmed by the former Director of the CIA and NSA, General Michael Hayden.

Many fumed about the volume of lies from the Trump administration and how it is tolerated.

@AmbassadorRice I just cannot comprehend how he gets away with this...I understand the press has an obligation to r… https://t.co/2qhDU3Y2Vc
— Douglas Tingey (@Douglas Tingey) 1561929942.0

Others pointed out the double standard employed by Fox News and the GOP.

@RandfosterRandy @AmbassadorRice @PeteSouza Fox News bashing Obama for simply saying that he would be open to TALK… https://t.co/tP8yIodl92
— KSD (@KSD) 1561982216.0

@AmbassadorRice He has built his entire presidency on appearing better than “the black president” in his own mind,… https://t.co/IkRHFVGobY
— Jennifer Gaylor (@Jennifer Gaylor) 1561930816.0

People suggested some transparency when Trump is shown on screen with the North Korean dictator.

@AmbassadorRice There should be 2 digital counters on screen every time Kim Jong Un is shown. One to show # of Nort… https://t.co/eyRRZsDHu0
— Greenspaceguy (@Greenspaceguy) 1561934869.0

Some invoked the words of the noble bard to describe President Trump's propensity for falsehoods...

...while others labeled the Trump lies as projection.

@AmbassadorRice @LouiseMensch Lying every day is not normal. Lying about a president that served our nation 8 years… https://t.co/WhDE0EgMiH
— mary stein (@mary stein) 1561935611.0

@AmbassadorRice Trump makes up stuff as he goes. If there is a camera around he starts telling tall tales. Also at… https://t.co/1Vi935OYZh
— Christine Kelley (@Christine Kelley) 1561928015.0

Many were unimpressed by the President's frequent boasting about the great relationships he has with dictators like Kim, Putin and the Saudi Arabian royal family.

@AmbassadorRice @SueGlashauser At the bottom of it all, is Trump's desperate need to have the same accolades (or be… https://t.co/BrvG653G5q
— Laurie LeClair (@Laurie LeClair) 1561932173.0

The President's latest remarks come on the heels of joking on camera with Russian President Vladimir Putin about eliminating journalists and interfering in the United States election while at the G20 conference. The Trump administration announced they plan to return to talks with North Korea.

Two prior meetings resulted in no concessions by North Korea nor an abatement of their nuclear weapons program.

Former National Security Advisor Susan Rice's book,Tough Love: My Story of the Things Worth Fighting For, can be pre-ordered here.