Senator Susan Collins Votes for Tax Bill, Hits Back at Critics as 'Sexist'

Many don't believe the concessions she received will come to fruition. 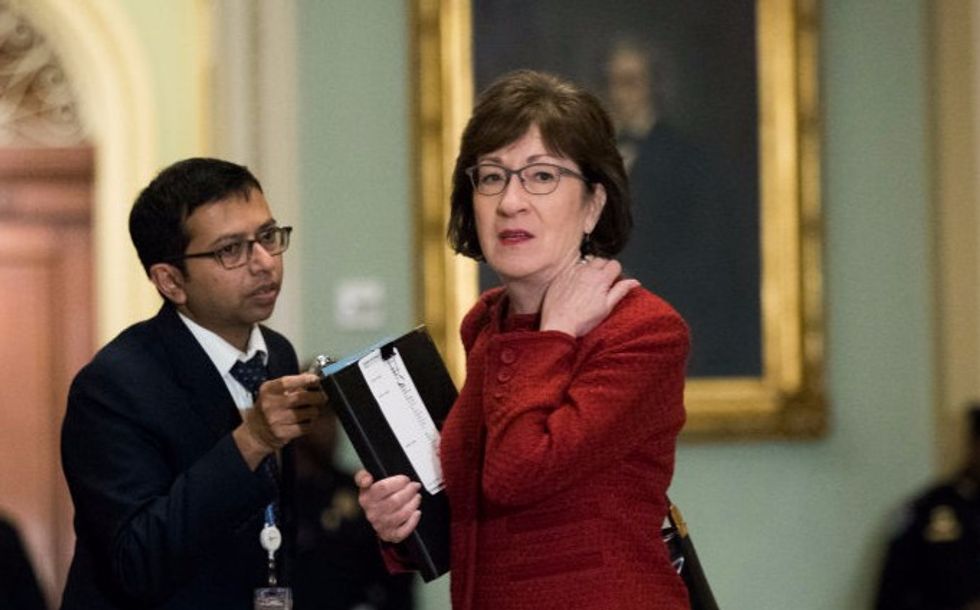 Republican Senator Susan Collins disparaged news coverage of her decision to vote for the Republican tax reform bill as "unbelievably sexist" on Tuesday.

I cannot believe that the press would have treated another senator with 20 years of experience as they have treated me."

"They’ve ignored everything that I’ve gotten, and there have been stories after stories about how I’ve been duped," the Maine senior senator told reporters at the Capitol.

"How are you duped when all of your amendments get accepted? And when the majority leader -- and I confirmed it again today with him -- will be offering the two insurance bills that I care about as well as the provision waiving the automatic cut in Medicare that could be triggered by this bill?"

Collins often won praise for her moderate votes, backing Planned Parenthood and her vote in July to block a repeal of Obamacare. An expectation of moderate views may explain why her vote for a bill only supported by 1/3 of Americans generated such ire.

Collins criticized coverage of her meeting with people suffering from serious health conditions.

The reporter actually wrote that I didn’t cry."

"I can’t imagine a reporter writing that about a male senator," Collins said.

"It’s been extremely discouraging to see the press coverage on this given the significant impact that I’ve had on this bill," she said.

Collins said the press didn't give her enough credit for negotiating revisions to the tax reform plan.

"I think I got more in this tax bill than any other member of the Senate," Collins said, when asked by a reporter about accusations she was naive in the deals she struck.

It doesn’t mean I like every provision of the final bill but I clearly had an impact."

Collins also claimed she helped kill a number of House provisions such as taxes on graduate student tuition assistance, private activity bonds, student loans and other issues. "The list goes on and on," she said.

Collins failed to address the criticism she continues to receive from her own constituents including sit-ins staged at her Maine offices.