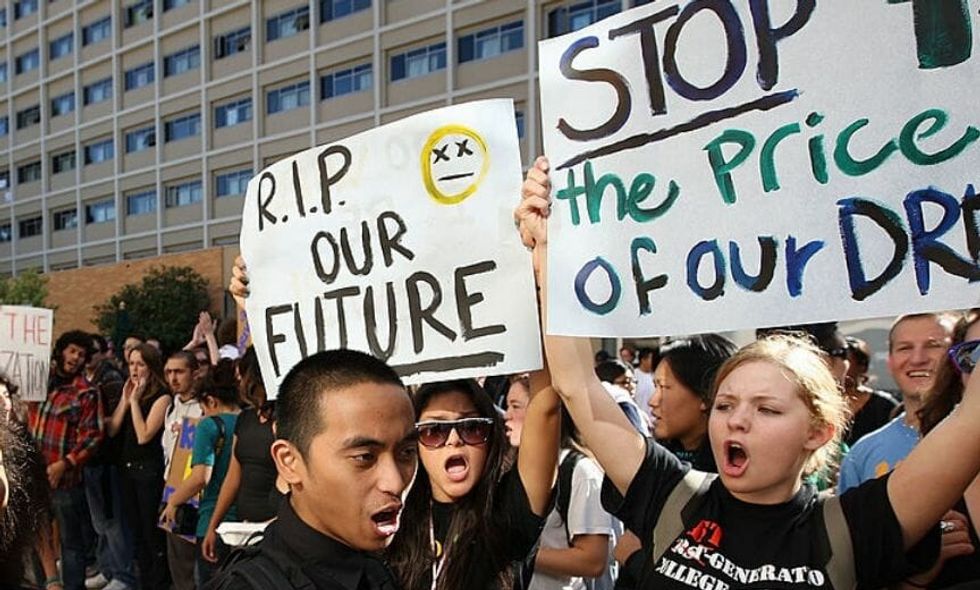 With over $1.6 trillion of total debt, the student loan crisis continues to worsen, leaving graduates with crippling debt at the beginning of their professional lives and often shattering credit.

So dire has the situation gotten that the Betsy DeVos-appointed head of the Student Financial Aid office, A. Wayne Johnson, resigned from his post at the Education Department. Johnson will now apply for an appointment to retiring Senator Johnny Isakson (R-GA).

“We run through the process of putting this debt burden on somebody… but it rides on their credit files—it rides on their back—for decades ... The time has come for us to end and stop the insanity.”

Johnson, a Conservative Republican, is calling for the cancellation of up to $50,000 in federal student loan debt, which would clear the loans of around 37 million Americans.

So much yes to A. Wayne Johnson, who's leaving the Trump administration because he realizes the whole #StudentLoan… https://t.co/XPYp9qeAsK
— Young Americans (@Young Americans) 1571928379.0

With over 44 million people in debt due to student loans, the debt is far from an uncommon predicament.

This is a recurring topic among my peers. How even a huge step like bankruptcy isn’t big enough to rid us of studen… https://t.co/gyir2hCn8x
— David Nehrt-Flores (@David Nehrt-Flores) 1571928368.0

Lawmakers—especially presidential candidates—have varying ideas on how to fix the crisis.

Elizabeth Warren's plan to forgive student-loan debt is costly, but it could actually pour money into the US econom… https://t.co/2Q6A1hEG6u
— Ninja Economics (@Ninja Economics) 1556415964.0

Sallie Mae, one of the largest student loan providers in the country, recently paid for a Hawaiian vacation for all of its executives to celebrate $5 billion in student loan sales.