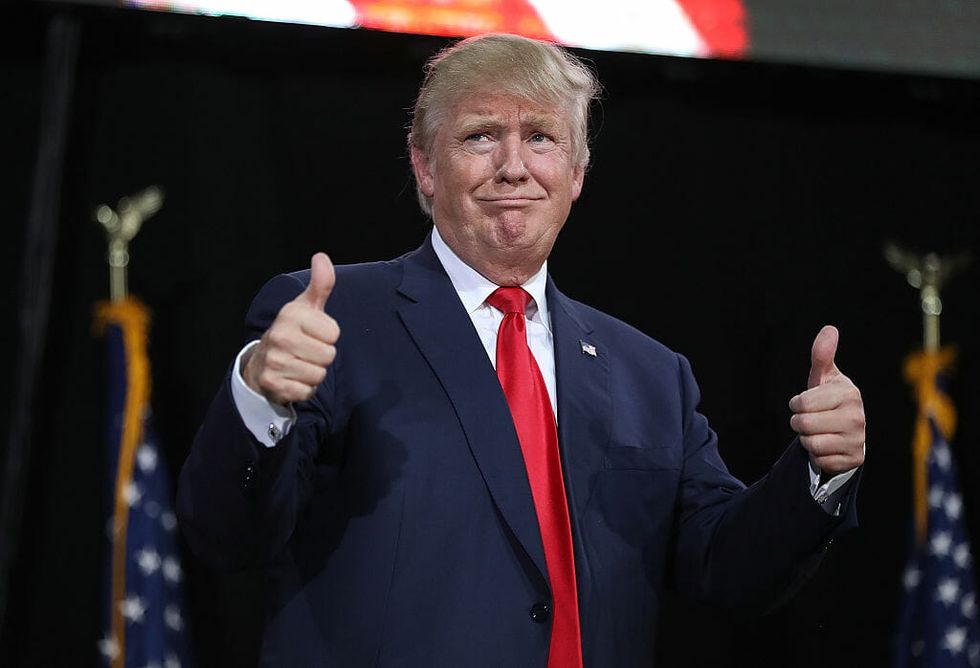 In a motion filed Wednesday morning in federal court, Stephanie Gregory Clifford's attorney Michael Avenatti requested permission to depose President Donald Trump and his private attorney Michael Cohen. Clifford, known professionally as Stormy Daniels, alleges the president and she engaged in a  sexual encounter in 2006 while he was married to Melania Trump. Then, in 2016 Trump paid her to keep quiet about it.

The motion defines the president and his private attorney's deposition as a period "of no greater than two hours" in duration and about a non-disclosure agreement Clifford signed 11 days before the 2016 election in scope.

Cohen paid Clifford $130,000 at that time. The deposition intends to determine if the president had a role in the payoff for Clifford's silence about the extramarital affair.

In an interview with CBS This Morning, Avenatti said once they "get to the bottom of this" they will prove America was told "a bucket of lies" by the president and his attorney.

We want to know the truth about what the president knew, when he knew it and what he did about it as it relates to this agreement. We're gonna test the veracity or the truthfulness of Mr. Cohen's, his attorney's, statements."

Avenatti feels confident of approval for their request for a deposition based on legal precedent set by the U.S. Supreme Court during the Clinton administration.

"It is well founded, it was well thought out, it's incredibly documented," Avenatti remarked. "It's well supported by the law and we're confident in the motion."

the Constitution does not offer a sitting President significant protections from potentially distracting civil litigation."

"The Supreme Court already decided that a sitting president can be deposed in connection with a civil matter and if that was the law then, it certainly is the law now, it hasn't been overturned," Avenatti said.

In regards to the need for a deposition with both Trump and Cohen, Avenatti stated, "We raised this motion with the other side and I think one of the things that was significant during that meeting was we asked Mr. Harder, Mr. Trump's attorney, whether Mr. Trump was a party to this agreement and we heard crickets."

They don't know. He said they don't know yet whether Mr. Trump was a party to this agreement. How do you not know whether you're a party to an agreement unless you're just trying to make it up as you go along."

The full motion, 31 pages long, can be viewed in its entirety below. According to the filing, a hearing is set for April 30, 2018.