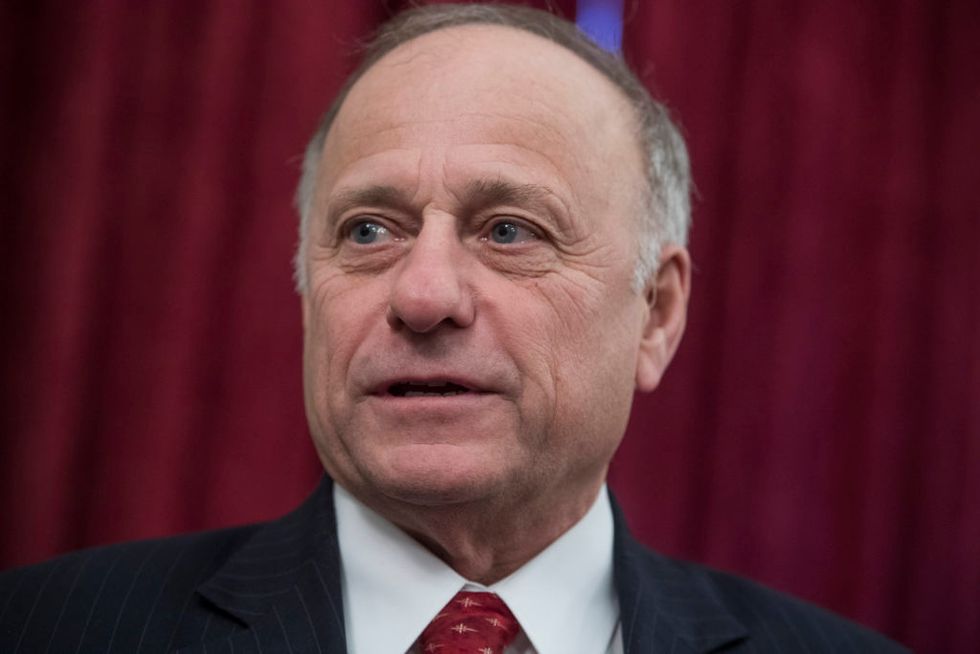 Congressman Steve King (R-Iowa) hopes that the prayers of his constituents will bring back the House committee assignments he lost after making racist comments.

In a January article in the New York Times, King was quoted as saying "White nationalist, white supremacist, Western civilization — how did that language become offensive?"

Many did take offense - and King was subsequently stripped of his committee assignments on the recommendation of House Minority Leader Kevin McCarthy (R-Calif.), who called his remarks un-American. "All people are created equal in America, and we want to take a very strong stance about that."

Now King is calling on his constituents to send prayers that McCarthy "separate his ego from this issue" and reinstate his posts on the House Judiciary, Agriculture and Small Business committees.

According to the Sioux City Journal, King claimed that he'd been misquoted, and that the "language police" were just looking for something to be offended by. He suggested that his supporters direct some of their prayers - and phone calls - to McCarthy's office.

"Kevin McCarthy has been getting a lot of phone calls, and the more phone calls he gets and the more persistent that it is, the more he is gonna realize that it was a bad decision he made, based upon one comment misquoted in The New York Times, reported as fact."

Many Twitter users took this time to offer their own thoughts and prayers to King.

@washingtonpost May those prayers be as effective as the ones people like Steve King are constantly offering to victims of gun violence.
— John Donchig 🇺🇸 (@John Donchig 🇺🇸) 1550610996.0

The Washington Post reports that McCarthy "does not have any plans to change his mind regarding Rep. King not receiving committee assignments." Let's all pray it stays that way.