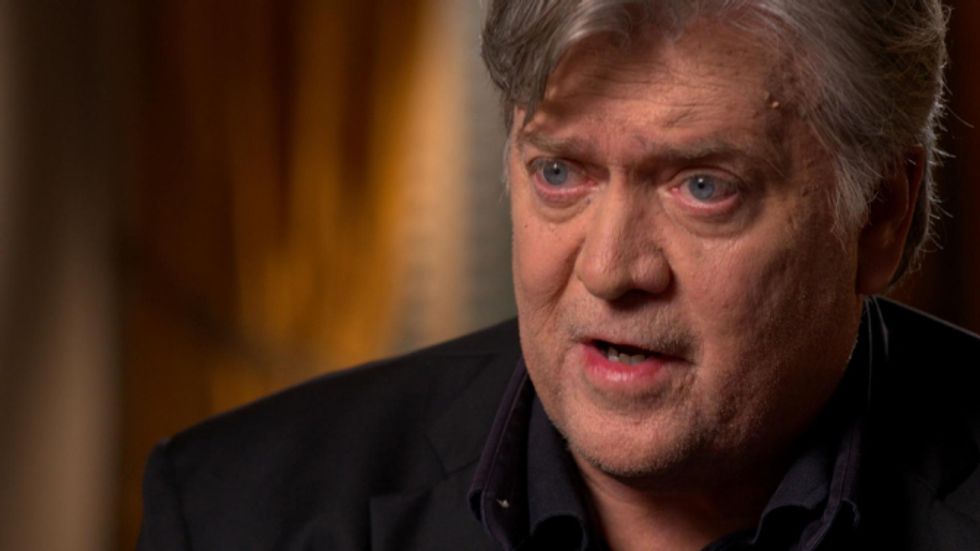 “Someone said to me that you described the firing of James Comey, you're a student of history, as the biggest mistake in political history,” interviewer Rose said to Bannon in their interview, posted online last night.

"That would be probably -- that probably would be too bombastic even for me, but maybe modern political history," Bannon replied.

Steve Bannon spoke to @charlierose in a @60Minutes interview that aired Sunday. He addressed why he was against the firing of James Comey: pic.twitter.com/LbFS6Koj9H

Bannon acknowledged that had Comey not been fired, the Justice Department investigation into Russian election interference would likely not have been handed over to Special Counsel Robert Mueller.

MUST-WATCH: Steve Bannon tells @60Minutes that the firing of James Comey was the biggest mistake in modern political history. pic.twitter.com/Ww2VP1e0eE

Trump fired Comey on May 9, an action which, many legal experts say, constitutes grounds for an investigation of Trump for possible obstruction of justice. A New York Times report the following Monday revealed that Trump asked Comey to halt the criminal investigation into former national security adviser Michael Flynn, who provided false information about his communications with the Russian government. Flynn resigned in disgrace after the news of his conversations with Sergey Kislyak, the former Russian ambassador to the United States, became public.

Comey wrote the memo detailing his conversation with Trump as part of a paper trail documenting the president’s “improper” efforts to impede the continuing investigation, which is part of a larger probe into whether Trump and his associates colluded with Russian operatives to win last year’s presidential election.