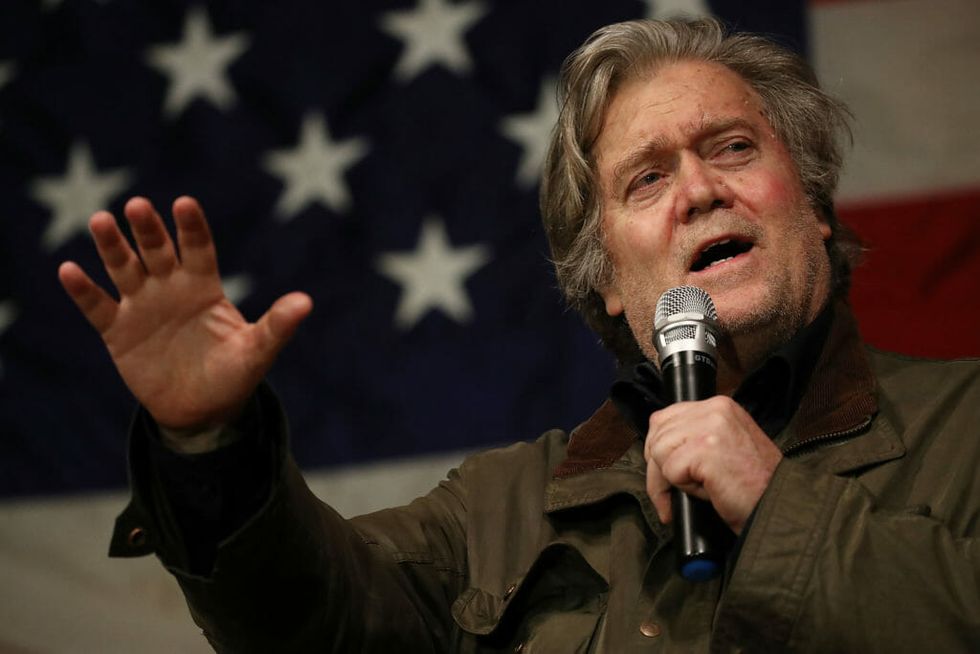 In a new book, Steve Bannon reportedly had very strong words for Donald Trump Jr. over his meeting with a Russian operative at Trump Tower in 2016.

According to The Guardian, Bannon is quoted in Michael Wolff's new book Fire and Fury: Inside the Trump White House, which will be released next week, as saying:

“The three senior guys in the campaign thought it was a good idea to meet with a foreign government inside Trump Tower in the conference room on the 25th floor – with no lawyers. They didn’t have any lawyers. Even if you thought that this was not treasonous, or unpatriotic, or bad shit, and I happen to think it’s all of that, you should have called the FBI immediately.”

In new book, Bannon says on Trump Jr/Kushner/Manafort Trump Tower meeting: “Even if you thought that this was not t… https://t.co/1BDJMOiKvQ
— Jake Tapper (@Jake Tapper) 1514988528.0

Bannon suggested that if you're going to take such a meeting, you set it up “in a Holiday Inn in Manchester, New Hampshire, with your lawyers who meet with these people."

Bannon reportedly went on to predict:

“They’re going to crack Don Junior like an egg on national TV.”

The meeting in question took place during June of 2016 in Trump Tower and was attended by Donald Trump Jr., Jared Kushner and Paul Manafort, as well as Russian lawyer Natalia Veselnitskaya who, according to The New York Times, had promised dirt on Hillary Clinton.

As The Times reported last July:

Before arranging a meeting with a Kremlin-connected Russian lawyer he believed would offer him compromising information about Hillary Clinton, Donald Trump Jr. was informed in an email that the material was part of a Russian government effort to aid his father’s candidacy, according to three people with knowledge of the email.

The email to the younger Mr. Trump was sent by Rob Goldstone, a publicist and former British tabloid reporter who helped broker the June 2016 meeting. In a statement on Sunday, Mr. Trump acknowledged that he was interested in receiving damaging information about Mrs. Clinton, but gave no indication that he thought the lawyer might have been a Kremlin proxy.

Don Jr. went on to famously reveal the entire e-mail exchange on Twitter.

Ok. When Steve Bannon is way out in front of even ME on the use of the word “treasonous” I’m guessing we’re approac… https://t.co/yNJSRM9leg
— Keith Olbermann (@Keith Olbermann) 1514990008.0