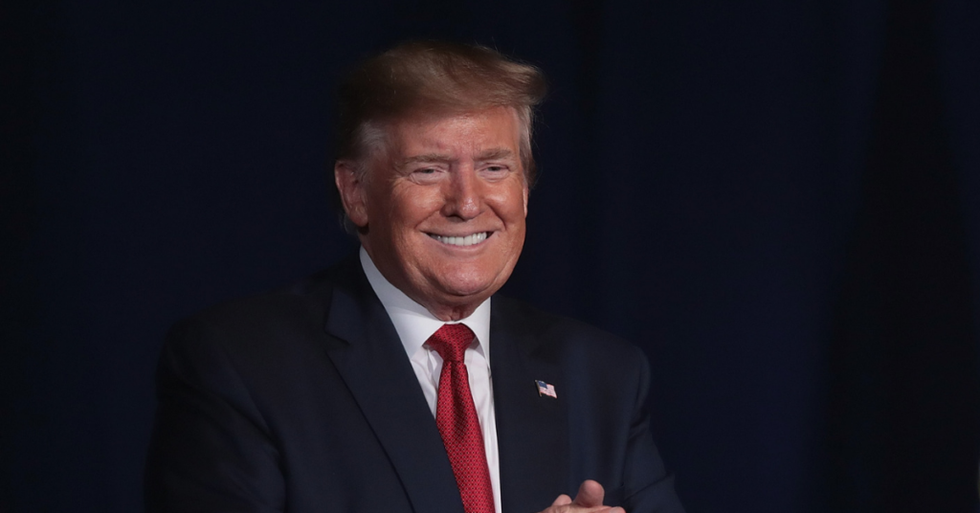 Historically, an incumbent president running for re-election is all but guaranteed their party's nomination. But like some other more controversial presidents, Donald Trump is facing a primary challenge -- in fact two: former Massachusetts Governor Bill Weld and former Illinois Congressman Joe Walsh—for the GOP nomination in 2020.

Partisan primaries—which are balloted votes similar to general elections—or caucuses—which are meetings where party members discuss and vote by show of hands or verbally—are largely controlled by each individual state's political party leadership. If state party bylaws allow, a party may choose to forego the primary or caucus process in favor of simply backing the incumbent.

Both Arizona and Nevada GOP saw losses in the 2018 midterm elections. The motivation behind this move is likely to enforce party unity, which could be harmed by a presidential primary challenge to Trump.

South Carolina—home to Senator Lindsey Graham who faces his own 2020 reelection fight—and Kansas—where incumbent GOP Senator Pat Roberts is retiring—may be focusing on gaining or maintaining seats in the House and Senate.

Whatever their motivations, people are crying foul over the decision. Among them is former Republican faithful turned Trump critic Walsh.

Walsh announced his plan to challenge Trump for the GOP nomination on August 25, 2019. If the four states go forward with their planned cancellations, both Walsh and Weld would be denied any RNC delegates from those states at the national convention in 2020, putting both at a disadvantage.

"So to protect their King, the Republican Party is actually going to eliminate elections."

"Defend this Trump supporters. I dare ya."

So to protect their King, the Republican Party is actually going to eliminate elections. Defend this Trump support… https://t.co/4PjIXIeTN7
— Joe Walsh (@Joe Walsh) 1567776141.0

"Donald Trump, by turns arrogant and paranoid, has made no secret of the fact that he wishes to be crowned as President rather than elected. That might be fine in a monarchy, but we overthrew ours two centuries ago."

According to Politico, Joe Walsh stated:

"Trump and his allies and the Republican National Committee are doing whatever they can do to eliminate primaries in certain states and make it very difficult for primary challengers to get on the ballot in a number of states."

"It’s wrong, the RNC should be ashamed of itself, and I think it does show that Trump is afraid of a serious primary challenge because he knows his support is very soft."

"Primary elections are important, competition within parties is good, and we intend to be on the ballot in every single state no matter what the RNC and Trump allies try to do. We also intend to loudly call out this undemocratic bull on a regular basis."

Bill Weld, in an official statement of his own, said:

"We don’t elect presidents by acclamation in America. Donald Trump is doing his best to make the Republican Party his own personal club. Republicans deserve better."

While Trump supporters applauded the move, the plan's detractors were numerous as well.

@WalshFreedom @gtconway3d Crooked GOP, what else would you expect They need to protect their CULT LEADER.
— Freddie (@Freddie) 1567777441.0

@girlsreallyrule What won't the @GOP do to protect @realDonaldTrump? It is embarrassing to see how submissive they have become for him.
— Todd (@Todd) 1567784510.0

@girlsreallyrule @ErikaAbrahamss2 Their corruption is so deep that they are willing to destroy democracy and their brand for a criminal.
— Arnold Perez (@Arnold Perez) 1567783805.0

And while Democrats have no say in internal Republican party politics, they did still express their opinions on the matter.

And some shared a warning.