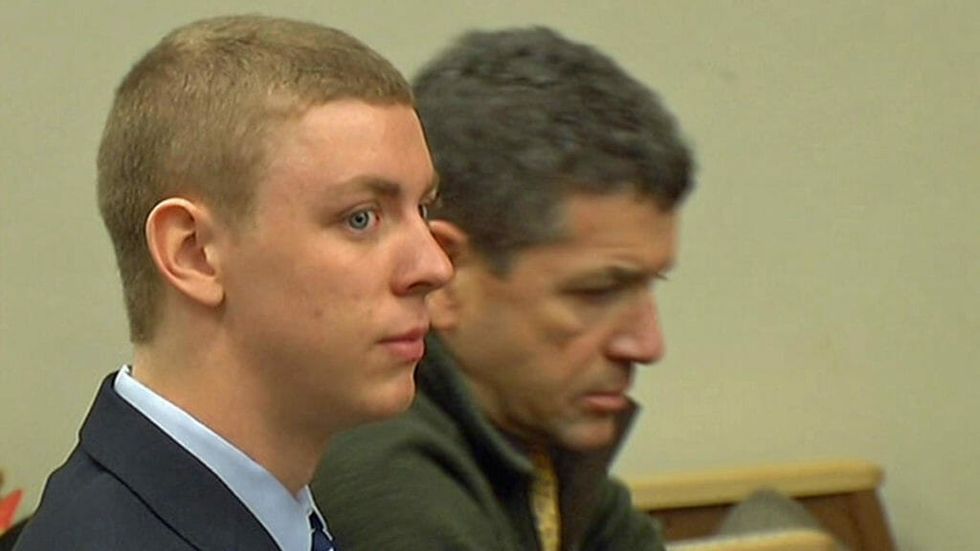 A case out of Stanford University is garnering international attention not only for the crime itself, but its aftermath.

In January of 2015, then 19-year old Stanford University student Brock Allen Turner raped an unconscious woman. Two male graduate students came upon Turner while he was raping her behind a dumpster. According to trial testimony, one of them yelled out “What are you doing?” before Turner fled the scene. The two gave chase and pinned Turner to the ground until authorities arrived on the scene.

The 23-year old victim later described waking up in the hospital the morning after the assault with no memory of what had transpired. She submitted to an invasive examination to collect evidence: pine needles were removed from her vagina; photographs and swabs were taken and blood was drawn. Both the victim and Turner had attended a fraternity party before the assault.

A jury convicted Turner on three felony charges, including sexually penetrating an unconscious person with a foreign object. During pre-probation sentencing, however, the assailant’s father Dan Turner, said in a statement that “20 minutes of action” had “deeply altered” his son’s life forever. Imprisonment, he continued, would be an “inappropriate punishment” for his son, who should instead have the opportunity to educate students on college campuses about “how society can begin to break the cycle of binge drinking and its unfortunate results.”

Dan Turner’s statement was widely condemned across social media as a reminder of rape culture and the epidemic of violence against women prevalent across college campuses.

Prosecutors had requested Judge Aaron Persky sentence Turner to six years, even though the maximum penalty for these charges was 14 years in state prison.  But Judge Persky, a Stanford alumnus, agreed with Turner’s father

that prison time would have a “severe impact” on Turner, a varsity swimmer with hopes of competing in the Olympics. Persky thereafter handed down a six-month sentence in county jail, stating, “I do think he will not be a danger to others.” Persky said positive character references influenced his decision. Turner’s age, lack of a criminal history and the role alcohol played in the assault were also taken into account.

Jeff Rosen, the Santa Clara county district attorney, called the sentence “unjust,” adding that “the fact that the defendant preyed upon an intoxicated stranger on a college campus should not be viewed as less serious than if he assaulted an intoxicated stranger in downtown Palo Alto… Campus rape is no different than off-campus rape. Rape is rape. We will prosecute it the same.”

A petition on Change.org calls for Judge Persky’s removal and has currently amassed nearly 35,000 signatures. Persky is up for re-election and is running unopposed in the Santa Clara county election this Tuesday.

The case amassed global attention after the survivor of the assault, identified as “Emily Doe” in court documents to protect her privacy, delivered a victim impact statement, which Prosecutor Rosen praised as “the most eloquent, powerful and compelling piece of victim advocacy that I’ve seen in my 20 years as a prosecutor.” Since its publication on Buzzfeed Saturday, the statement has amassed more than 4 million views. In it, she recounted her first brush with the media coverage: “And then, at the bottom of the article, after I learned about the graphic details of my own sexual assault, the article listed his swimming times. She was found breathing, unresponsive with her underwear six inches away from her bare stomach curled in fetal position. By the way, he’s really good at swimming.”