Lesley Stahl Asked Donald Trump If He Has Any Regrets So Far In His Presidency, and His Answer Is So On Brand It Hurts 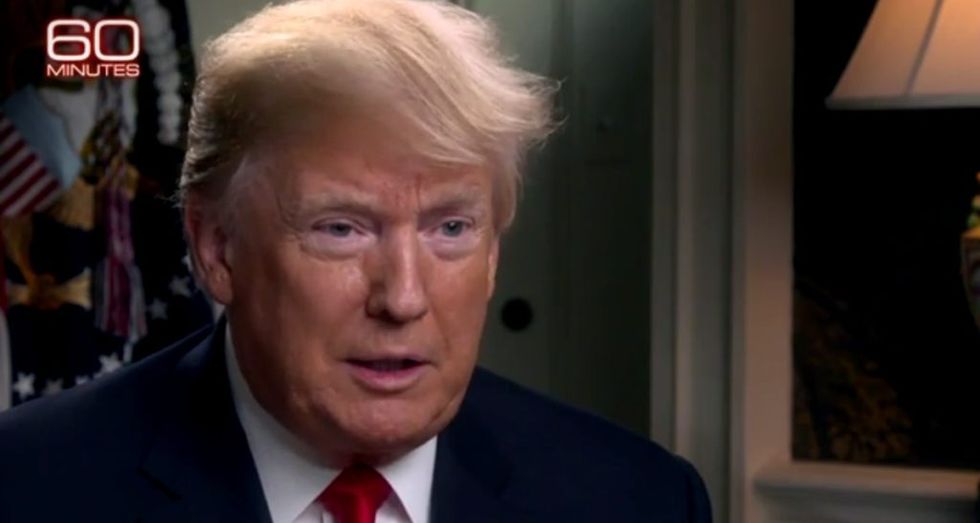 Regret is a normal part of human life. Healthy self reflection inevitably leads to the would have, could have should have reviews of prior words and deeds.

But not for President Donald Trump according to his responses to questions raised by CBS News correspondent Lesley Stahl in a wide ranging 60 Minutes interview with the President aired Sunday.

Stahl asked a question common for most world leaders. Presidents have been answering the question for as long as there have been those around to ask it.

Trump launched into an indictment of the press. Trump stated:

"So when I won the presidency, I thought—the press treats me terribly. I thought very strongly that, you know, the one great thing will happen is the press will start treating me great."

"Lesley, they treat me worse. They got worse instead of better. Very dishonest.”

"Is this what you regret?"

To which Trump replied:

"I regret that the press treats me so badly."

Trump heads an administration mired in a level of controversy not seen in recent memory. High level officials resigned amid scandals involving misuse of taxpayer funds, failed security clearances and investigations into misconduct.

Several members of Trump's campaign team plead guilty or faced indictment while his longtime fixer and personal lawyer, Michael Cohen, plead guilty to several charges that he claims were directed by the President.

Tell-all books by or in cooperation with former and current staffers made the bestsellers list.And a member of Trump's inner circle wrote an OpEd for The New York Times claiming to be a member of the resistance working against Trump.

People felt there were many other things Trump could and should regret about his first two years in office.

But see the President as incapable of self reflection based on his response.

Some found the response laughable.

While others found a few things for Trump or themselves to regret.

The president found little sympathy from the public over his issues with the press.

Given the widespread reaction to his latest 60 Minutes interview, the President may have something new to regret.