New Report Finds an Unprecedented Rise in Hate Groups in the U.S., and Calls Out Donald Trump as the Reason 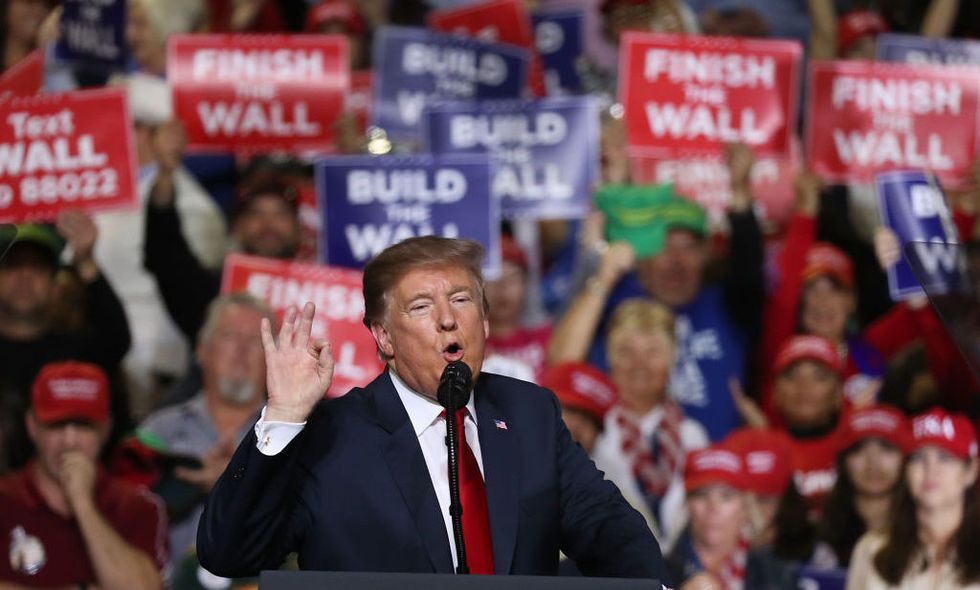 For the fourth year in a row, the Southern Poverty Law Center (SPLC) reported a rise in "hate and domestic extremism." To what does the civil rights group attribute the increase?

President Donald Trump who has his own complicated history with bigotry.

But how can the President be responsible for a four year rise when he only assumed office in January of 2017?

Donald Trump formally announced his presidential candidacy in June of 2015. But prior to then rumors of a run for the White House abounded on social media based on the New York businessman's own social media accounts.

During his announcement, Trump referenced the anti-immigrant, anti-Muslim and "Make America Great Again" nostalgia for a United States that never really existed in his speech. The MAGA rallies continued well after the election in November 2016.

The "America First" rhetoric and targeting of the press, political opponents and other Trump critics during the rallies drew criticism since the beginning of Trump's campaign. And those sentiments spawned at least one violent fan in the form of the MAGA bomber.

Cesar Altieri Sayoc Jr. sent pipe bombs to the people the President targeted on Twitter and in his rallies.

In addition to President Trump, SPLC also cited the rest of the Trump administration, right-wing media outlets and the ease which social media platforms facilitate the spread of hate. In their annual report, SPLC stated the root cause is:

"...hysteria over losing a white-majority nation to demographic change."

The President has been accused of fomenting and feeding on those fears to gain votes and popularity during the election and since. Heidi Beirich, director of the SPLC's Intelligence Project, said in a statement:

"The numbers tell a striking story—that this president is not simply a polarizing figure but a radicalizing one."

Beirich also indicated the President's tactics lead to the rise in public displays of bigotry and hate crimes.

"Rather than trying to tamp down hate, as presidents of both parties have done, President Trump elevates it—with both his rhetoric and his policies. In doing so, he's given people across America the go-ahead to to act on their worst instincts."

According to SPLC, the majority of hate groups in the United States—neo-Nazis, the Ku Klux Klan, white nationalists, racist skinheads and neo-Confederates—employ white supremacist ideology. And unlike other hate groups, which are also on the rise, these groups enjoy political support and influence among local, state and federal governments.

"...based on its official statements or principles, the statements of its leaders, or its activities — has beliefs or practices that attack or malign an entire class of people typically for their race, religion, ethnicity, sexual orientation or gender identity."

Few people were surprised by the rise, based on their own observations and experiences.

And their assessment of who was to blame was the same as well.

Although not all things resulting from the current political climate can be viewed as negative. A record number of women and the most diverse group ever convened in Washington DC for the 116th Congress.