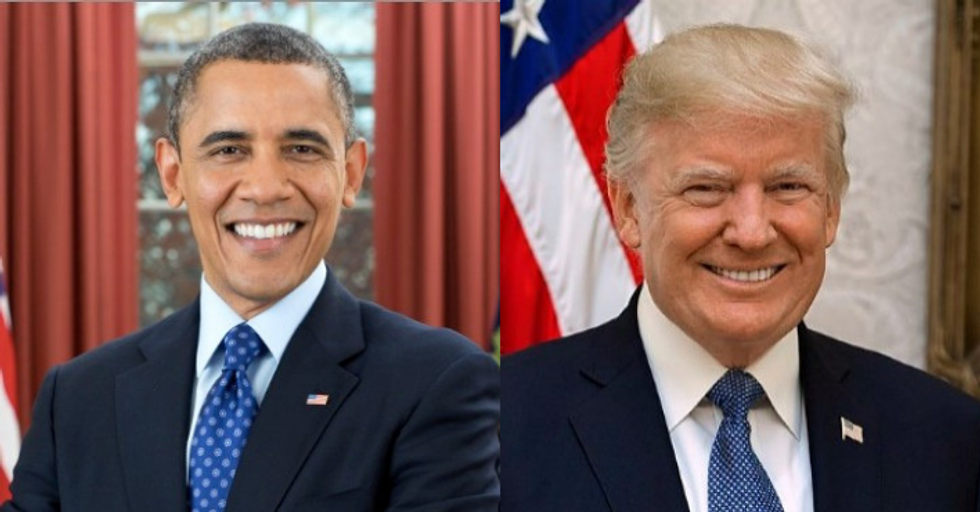 After President Donald Trump claimed he doesn't "do cover-ups" during a Rose Garden press conference Wednesday, numerous people reacted with rebuttals. But Pete Souza chose a comparative photo response instead.

Souza—who served as White House photographer during the Obama administration—took to social media to share one of his photos.

He captioned the image:

"This is what a cover up looked like during the Obama administration."

This is what a cover up looked like during the Obama administration. Hat tip: @speakerpelosi

In both his Instagram and Twitter posts Souza also tagged Democratic Speaker of the House Nancy Pelosi.

This is what a cover up looked like during the Obama administration. Hat tip @SpeakerPelosi https://t.co/gthV7wvJyh
— Pete Souza (@Pete Souza) 1558542135.0

People remembered the scandals of President Barack Obama as well, like suit color choices and condiments.

The photo was not all that Souza shared regarding Trump's claim.

@PeteSouza Though as I recall, @realDonaldTrump did sign at least one of the checks to #StormyDaniels to cover up h… https://t.co/2MqCBHPPdi
— Elisabeth Jaffe (@Elisabeth Jaffe) 1558544175.0

This isn't the first time Souza offered a rebuttal to President Trump in photo form. And it does not look like he plans to stop soon either.