These pictures say a thousand words. 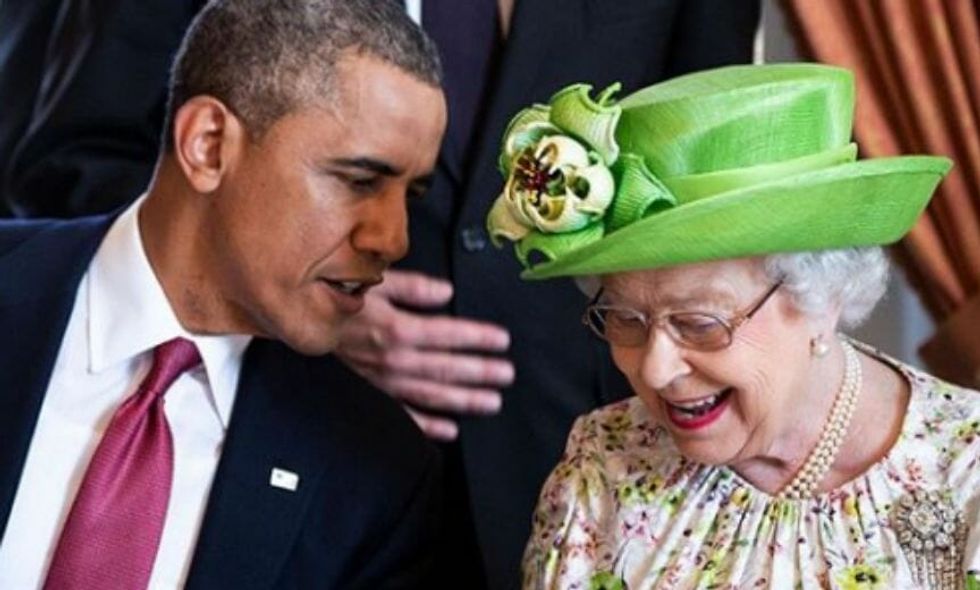 "She likes him better."

The photos Souza shared show a beaming Elizabeth II talking with then-President Obama, whose approval rating in the United Kingdom continues to hover around 70 percent.

In 2012, some were astonished when Queen Elizabeth put her arm around then-First Lady Michelle Obama—a rare moment of physical interaction initiated by Her Majesty.

The friendly, often playful interactions between the Obamas and the Royal Family would continue until the end of Obama's term.

For comparison, Trump raised eyebrows during a similar visit to the United Kingdom last year when he walked in front of Her Royal Highness, a breach of royal etiquette.

The difference between the interactions were stark to many others as well.

Elizabeth II wasn't the only interaction that Souza sought to highlight.

He shared Obama's interaction with Prince William and his son Prince George.

As well as Obama in a brainstorming session in London.

Many commended Souza for his masterful trolling.