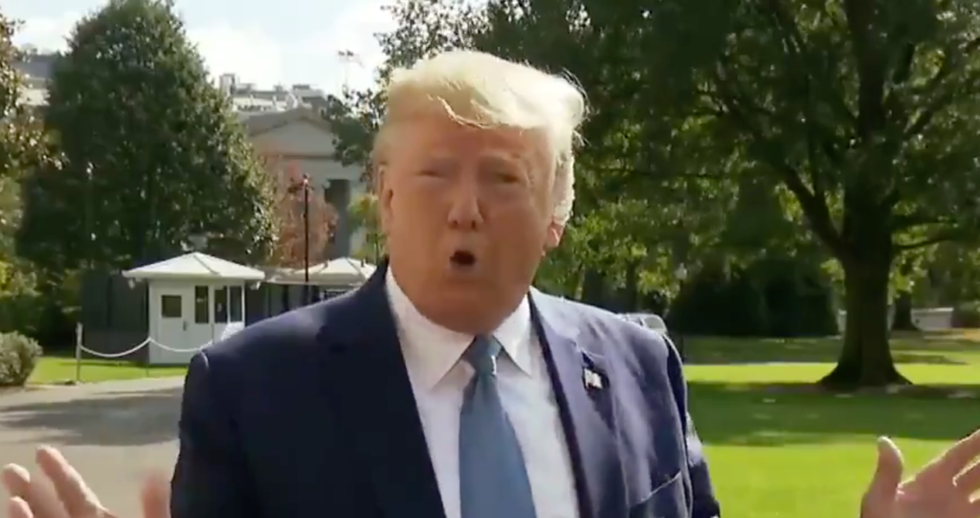 Republicans on the House Intelligence Committee are scrambling after Ambassador to the European Union—Gordon Sondland—threw President Donald Trump under the bus with his testimony after many Trump allies expected him to side with the President.

Donald Trump himself is backtracking as well, saying to reporters shortly after Sondland's damning opening statement:

"I don’t know him very well. I have not spoken to him much. This is not a man I know well. He seems like a nice guy though."

There's just one problem: Trump was happy to vouch for Sondland's character back when he thought Sondland would testify in his defense.

In multiple tweets, he even said he'd be happy to have Sondland testify.

It's also worth noting that Sondland—a career hotelier—donated $1 million to the Trump campaign.

In his original closed door testimony, Sondland said there was no quid pro quo in the Trump administration's dealings with Ukraine. After later testimony from acting Ambassador to Ukraine William Taylor contradicted this, Sondland amended his statement after suddenly recalling that he'd presented the existence of a quid pro quo to Taylor and others.

In his opening statement at Wednesday's public hearing, Sondland said Trump lawyer Rudy Giuliani's effort to pressure Ukraine to investigate Biden was taken on behalf of the President of the United States and that numerous high-level Trump administration officials, including Vice President Mike Pence and Secretary of State Mike Pompeo.

Some thought Trump's dismissal rang familiar with his claim that George Papadopoulos, a former foreign policy advisor to Trump's 2016 campaign, was nothing more than a "coffee boy." Trump dismissed Papadopoulous's role after he was arrested in light of findings from the Mueller investigation.

Trump now claims that he's been vindicated by Sondland's testimony, because Sondland asserted that Trump explicitly told him "no quid pro quo" in a phone conversation between the two.

What he's failed to mention is that the phone call occurred on September 9—the day the House Intelligence Committee received the whistleblower complaint that spurred the impeachment inquiry.