Author Lists 50 Reasons Donald Trump Owes a Debt to Vladimir Putin, and They Go Back Decades 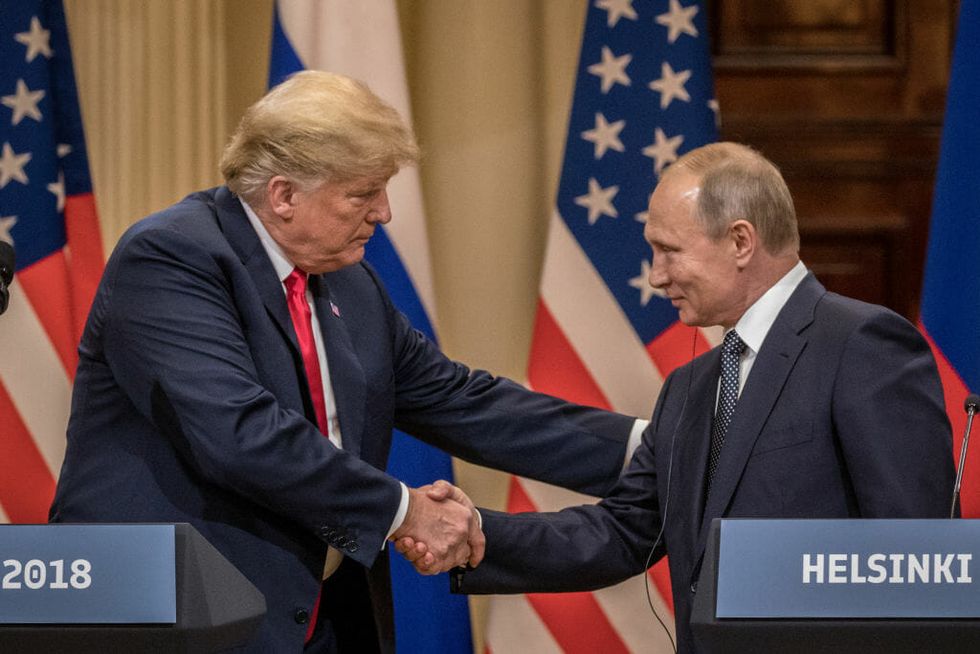 While the results of the Mueller investigation into Russian interference in the 2016 presidential election remain hidden from Congress and the public, others make the case for deep ties between President Donald Trump and Russia under President Vladimir Putin.

The latest to do so is author Timothy Snyder who took to Twitter to list 50 reasons President Trump owes Putin multiple "favors."

Timothy Snyder is an American historian specializing in Central and Eastern Europe and the Holocaust. He is the Richard C. Levin Professor of History at Yale University and a Permanent Fellow at the Institute for Human Sciences in Vienna.

"Why we do think that Mr. Trump owes a debt to Mr. Putin? Here are fifty reasons. All of the facts are a matter of public record, and all of the sources can be found in my book The Road to Unfreedom."

He continued from there.

After establishing years of Trump Russia ties, Snyder moved on to the period before and after the 2016 presidential election.

The favors from Russia continued to come Trump's way. But at what price?

39/50 Mr. Trump personally encouraged his followers to explore the emails that Russia had stolen in tweets of 31 Oc… https://t.co/zzBnCKYYsD
— Timothy Snyder (@Timothy Snyder) 1555263114.0

40/50 In the months between Mr. Trump's nomination as the Republican candidate and the election, anonymous limited… https://t.co/E2C1opJZUV
— Timothy Snyder (@Timothy Snyder) 1555263115.0

As Snyder states, all of this is a matter of public record. So what is in the Mueller report that we do not already know?

While the Trump administration claims the report "completely exonerated" the President, their reluctance to release the full report to Congress only fosters further suspicions. The sooner the full report is shared with Congress, the better it will look for President Trump.