Not just another brick in the wall. 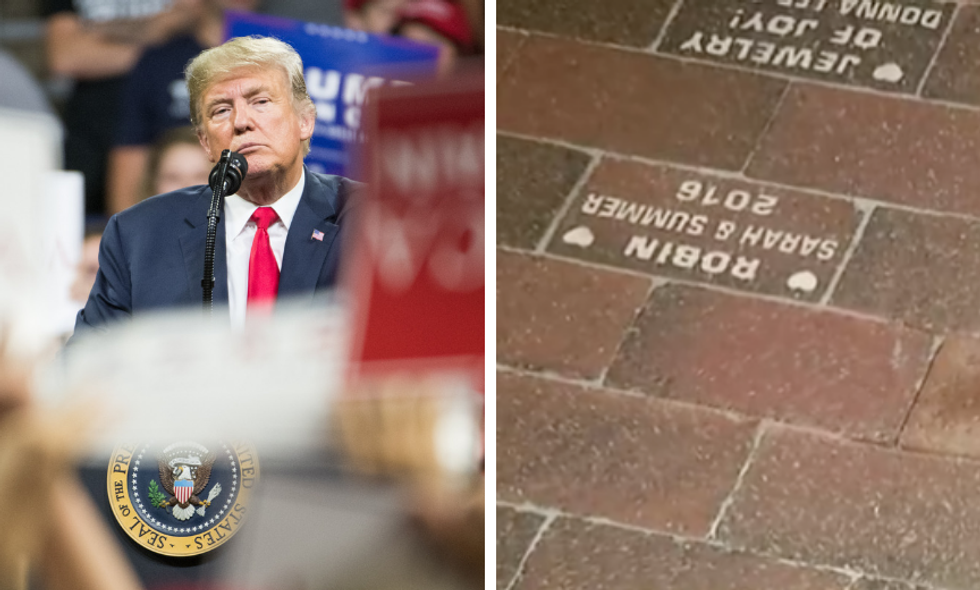 A pro-Trump personalized brick has been removed from a public walkway in New Smyrna Beach, Florida.

The walkway on Flagler Avenue is decorated with personalized bricks and has been for over three decades. Most of the bricks are from family members expressing love for each other or for the New Smyrna Beach community. Afien Casey paid $95 to dedicate a brick to her grandson, but a message included with it stood out.

The brick read in part:

"I can't believe it! Nobody called me to say that there was any problem," Casey told News 6. "I didn't know."

As a result of the confusion, the Flagler Avenue Business Association said it would be reexamining its guidelines regarding messages on personalized bricks.

“These updated guidelines will reinforce the program's original intent. Once the guidelines have been established, implementation will be expected to occur immediately."

People were torn in regards to whether the business association made the right move.

Some applauded the decision.

Others criticized the decision, falsely claiming that it's a violation of freedom of speech, despite the move having nothing to do with the government.

Casey said the brick was ultimately meant to express her love for her grandson, Brandon, who calls her "Oma."