Sky News Just Released a Trailer for Donald Trump's UK Visit in the Style of a Disaster Film, and It's So Perfect It Hurts 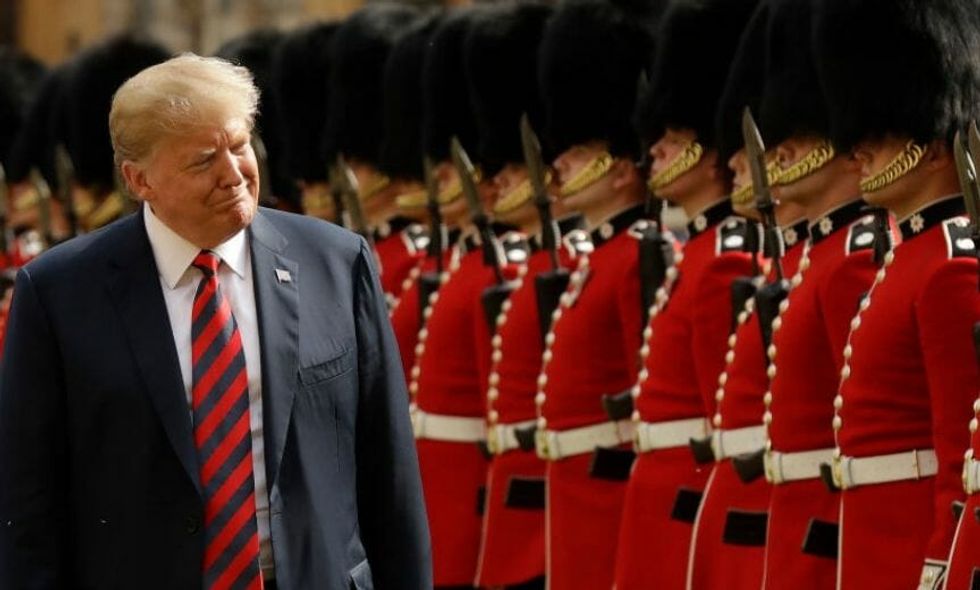 This weekend, ahead of President Donald Trump's visit to the United Kingdom, British news network Sky News released a trailer advertising their coverage of the trip.

With ominous music blaring as a dark shadow overtakes England, the trailer speaks volumes to the perception of the president abroad.

The shadow proves to be the inflatable Trump baby, a crowdfunded protest blimp which flew over parliament at Trump's last UK visit and will do so this time as well.

Trump's last UK visit resulted in uproar across the country, spurring massive protests attended by thousands. The president told a UK paper that British Prime Minister Theresa May "wrecked" Brexit. He rolled back his comments at a press conference with May later, where he also refused to take a question from CNN.

Ahead of this visit alone, he called the American-born Duchess of Sussex, Meghan Markle, "nasty" for critical comments she'd made of him in the past.

Brits and Americans alike could agree that Sky News's trailer was a fitting preface for impending uproar.

@mattmfm I’m glad somebody is having a laugh. Put me in the terrified more and more every day category.
— Chris Biersack (@Chris Biersack) 1559523800.0

Trump arrived in the UK early on Monday and will meet with the queen.

Keep calm and carry on.