Republicans Tried to Troll Adam Schiff With a Sign at the Impeachment Hearing, but Accidentally Told the Truth Instead 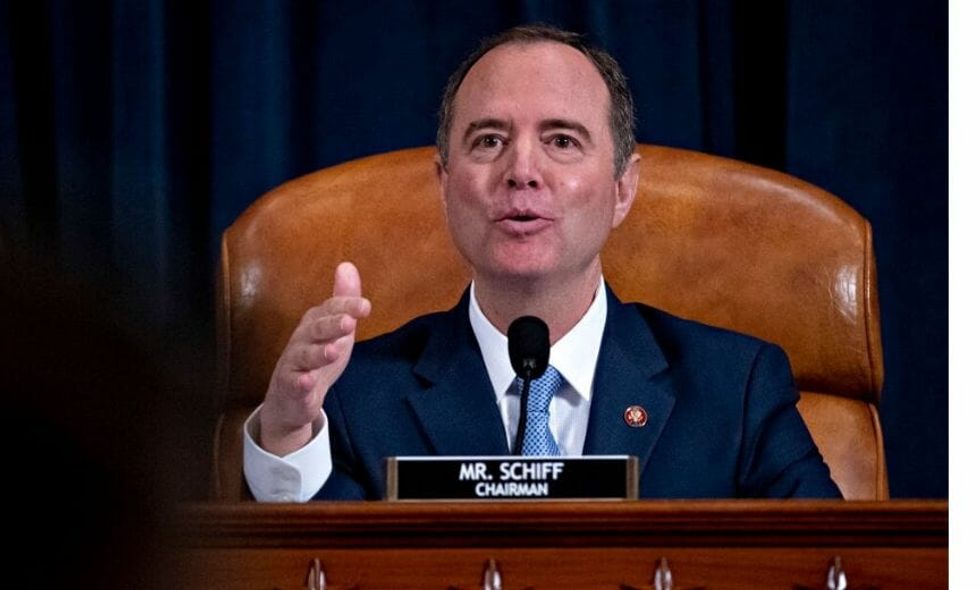 As Chairman of the House Intelligence Committee overseeing impeachment proceedings, Congressman Adam Schiff (D-CA) has been a constant target of derision and insults from President Donald Trump and his Republican allies in Congress.

Trump assigned him the nickname "Shifty Schiff." Republicans have accused him of holding "secret" hearings and falsely assert that he's met the whistleblower whose complaint spurred the impeachment proceedings in the first place.

But a a sign posted in the background during today's testimonies of diplomats Dr. Fiona Hill and David Holmes, Republicans accidentally honored Schiff.

See if you can spot the problem here.

Republicans had accidentally told the truth, and people called them out.

@mkraju Shouldn't this read "Days since Adam Schiff broke house rules"? If it has been zero days since he followed… https://t.co/d0SlzcQFB0
— Jake Schwartzwald (@Jake Schwartzwald) 1574360587.0

The word must've reached Republicans, because the sign was soon replaced with a list of witnesses not called to testify.

Too little, too late.