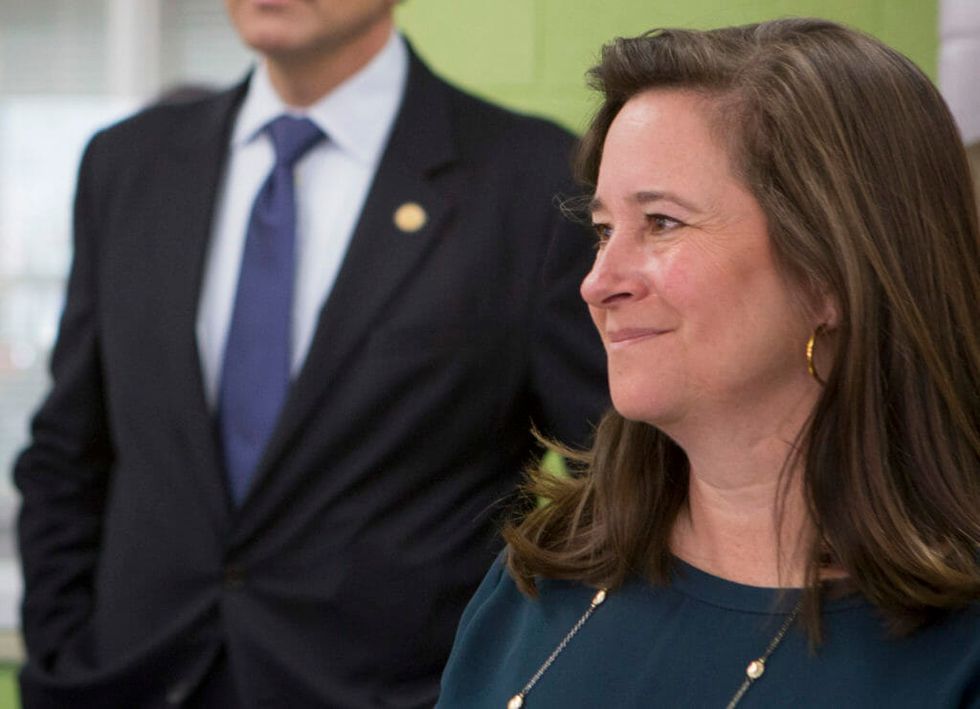 In a historical legislative recount, Democrat Shelly Simonds wins the 94th district seat in the Commonwealth of Virginia's House of Delegates seat by one vote, providing a civics lesson in why every vote matters.

According to The Washington Post, the final tally was 11,608 votes for Simonds, and 11,607 votes for Republican Delegate David Yancey. In the initial count, Simonds was behind by 10 votes before Tuesday's recount. Under Virginia law, a losing candidate may request a recount if the vote differential is less than one percentage points cast for those two candidates.

The results are due to be certified by a three-judge panel, after which the Virginia House of Delegates will fall out of Republican control for the first time in nearly two decades.

Simonds’ victory means that the legislative body is tied 50-50 between Virginia Democrats and Republicans, with neither party controlling Virginia’s House of Delegates. Republicans still narrowly control the state Senate. The split will mean both parties must craft a power-sharing agreement, which will include committee assignments and who is elected speaker of the House.

Democratic National Committee Chairman Tom Perez had the following to say in his congratulatory statement:

Just one vote secured Shelly Simonds’ victory and shifted the balance of power in the Virginia House of Delegates, ending a 17-year Republican majority."

"Just one vote has cleared the way for Democrats in the Commonwealth to advance a progressive agenda that puts Virginia families first,” said Perez. “Simply put, every vote counts.”

Virginia Governor Terry McAuliffe said the one-vote margin is a vivid reminder of the power of a single vote. Yesterday he told the Associated Press, via ABC News:

"I just can't believe it, but it sounds like it's pretty solid," Ms Simonds said of the result on Tuesday, The New York Times reports. "It was a beautiful thing to see democracy in action."

Virginia learns the power of a single vote