"Shareholder Revolt" Causes Shake-Up at the Top of Uber 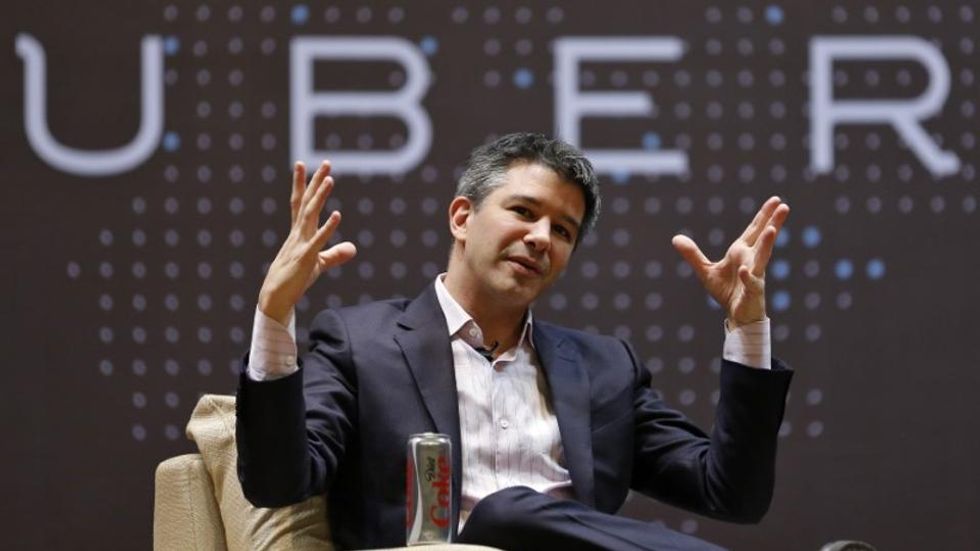 In what's being described as a "shareholder revolt," Travis Kalanick, the embattled CEO of Uber, resigned on Tuesday from the company he founded and helped build into a ride-sharing giant.

In a statement confirming his decision, Kalanick wrote:

"I love Uber more than anything in the world and at this difficult moment in my personal life, I have accepted the investors' request to step aside so that Uber can go back to building rather than be distracted with another fight."

Kalanick's resignation comes a week after he announced he would take an extended leave of absence as chief executive. That was reportedly not enough for five of Uber's top investors, who sent a letter to Kalanick on Tuesday demanding that he step down as CEO.

According to the New York Times, their other demands included:

...improved oversight of the company’s board by filling two of three empty board seats with “truly independent directors.” They also demanded that Mr. Kalanick support a board-led search committee for a new chief executive and that Uber immediately hire an experienced chief financial officer.

These five top investors include Benchmark, First Round Capital, Lowercase Capital, Menlo Ventures and Fidelity Investments. Together, they own more than a quarter of Uber's stock,

While these investors did not offer public statements, Bill Gurley, a partner at Benchmark, praised the former CEO on Twitter Wednesday morning.

There will be many pages in the history books devoted to @travisk - very few entrepreneurs have had such a lasting impact on the world.
— Bill Gurley (@Bill Gurley) 1498026856.0

Uber's own statement read in part:

“Over the next 180 days we are committed to making driving with Uber better than ever. We know there’s a long road ahead, but we won’t stop until we get there.”

Kalanick will remain on Uber's board of directors.