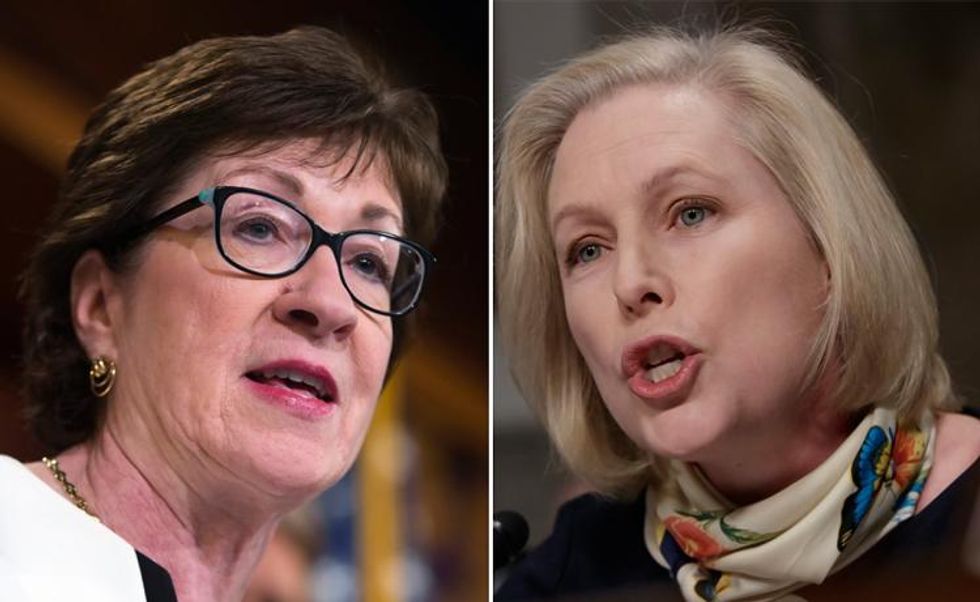 Senators Kirsten Gillibrand (D-NY) and Susan Collins (R-ME) are behind a bipartisan push to try to reverse President Donald Trump's ban on transgender individuals serving in the military in any capacity. The two senators have filed an amendment to the National Defense Authorization Act, which would prevent the military from kicking out transgender service members solely based on their gender identity. It's still unclear whether the measure will get a vote, as it's one of many proposed amendments to the defense policy bill.

As the defense bill heads to the Senate, I introduced an amendment with @SenatorCollins to protect our transgender… https://t.co/HdV75DSgRA
— Kirsten Gillibrand (@Kirsten Gillibrand) 1505167523.0

The amendment is the second Gillibrand and Collins have introduced on the transgender ban. The new version has been modified, likely a bid to attract more Republican support. The initial proposal would have barred the Pentagon from ending payments for the cost of transgender medical procedures. The new amendment would also require Defense Secretary James Mattis to focus his study (which would address the ban's impact) on the issue of new recruits and report his results to Congress

"Any individual who wants to join our military and meets the standards should be allowed to serve, period. Gender identity should have nothing to do with it," Senator Gillibrand said in a statement. “I am proud to work with Senator Collins to introduce our bipartisan amendment to protect transgender members of our Armed Forces, and I will always fight for our brave transgender troops who put their lives on the line to protect our country.”

In a statement of her own, Senator Collins said: “Our armed forces should welcome the service of any qualified individual who is willing and capable of serving our country. If individuals are willing to put on the uniform of our country, be deployed in war zones, and risk their lives for our freedoms, then we should be expressing our gratitude to them, not trying to exclude them from military service.”