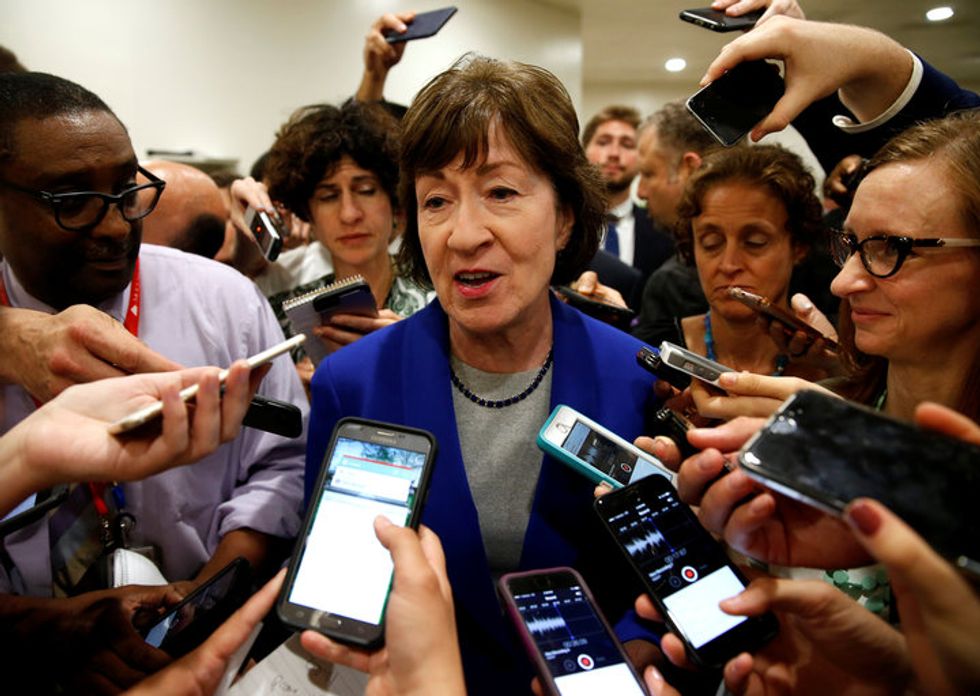 All eyes have been on Senator Susan Collins of Maine, one of the few moderate Republicans in the U.S. Senate and a key swing vote on the Senate healthcare bill.

On Sunday, Collins made clear that she had concerns about the bill but would wait for the CBO score to decide whether she would support it or not.

The CBO score came out Monday afternoon predicting the Senate healthcare bill would cause 22 million to lose insurance by 2026, virtually unchanged from their analysis of the House bill.

Within just hours of the release of the score, Collins announced her decision: she will vote No on the motion to proceed to the healthcare bill.

Collins's opposition is significant because Republicans can only afford to lose two votes. Through the Senate budget reconciliation process, 51 votes are required for passage (or 50 votes plus a tie breaking vote by VP Mike Pence), which means McConnell can only spare one more No vote from his caucus. That is problematic since, as of Monday night, three other Senators had confirmed that they too would vote no on the motion to proceed unless the bill changes significantly.

New: @RonJohnsonWI just told me if senate gop leadership insists on moving to h care this week he will vote against motion to proceed.
— Dana Bash (@Dana Bash) 1498525310.0

Add to these definitive No votes two skeptical conservative Senators, Sen. Ted Cruz and Sen. Mike Lee, and one wonders what Mitch McConnell can possibly pull out of his hat to get his caucus to Yes.

McConnell had hoped to begin procedural votes on the healthcare bill by Wednesday with an eye toward a final vote before the Senate leaves town at the end of this week for their July 4th holiday recess.