The Secret Service Just Signed Off From Protecting President George H. W. Bush With a Simple Powerful Tweet, and People Are Getting Emotional 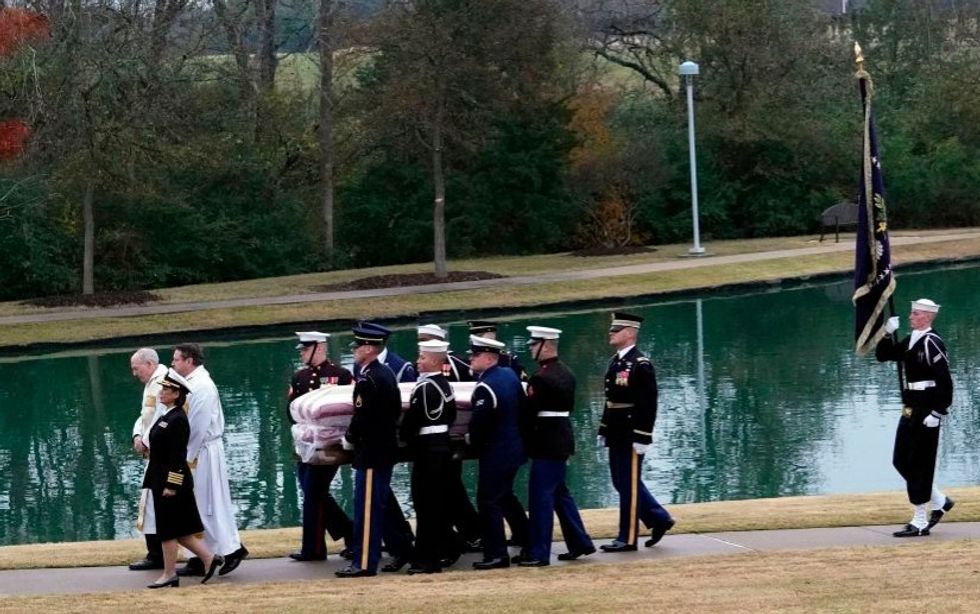 In a time of sorrow, sometimes the simple gestures can be the most touching.

Such is the case for the United States Secret Service's tribute to the man they protected for almost 40 years. On Friday, the Secret Service posted a simple memo to Twitter.

Timberwolf's Detail concluded at 0600 hours December 7, 2018 with no incidents to report at George Bush Presidential Library - College Station, Texas. God speed former President George H.W. Bush - you will be missed by all of us.

The Secret Service captioned the memo:

On Friday morning, President Bush was laid to rest next to his beloved wife Barbara at his Presidential Library and Museum in College Station, Texas, on the campus of Texas A&M. Barbara Bush passed away in April of this year.

People were touched by the Secret Service's farewell and simple tribute to President Bush.

Many said it was the one memorial that made them cry.

@SecretService @jgm41 This made me cry😢! So touching and truly the epitome of service from Secret Service Personnel… https://t.co/YMPOWKY4oe
— Jules Johnson (@Jules Johnson) 1544203835.0

Many expressed their gratitude to the men and women who take care of the President and Vice President every day, protecting them from harm.

@SecretService @jgm41 I was so proud of you agents during the State Funeral. The while world was watching you with… https://t.co/iPDPN08dsq
— The Goodman Report (@The Goodman Report) 1544207834.0

@SecretService @NOW1SOLAR @jgm41 Thank all of you for not only protecting him but all of our potus'. Yours is a thankless but rewarding job.
— Bluliner (@Bluliner) 1544215510.0

@SecretService @benshapiro @jgm41 Thank you for your service. We all benefit from the committed people of the Secret Service.
— Paul Cortese (@Paul Cortese) 1544207448.0

After a lying in state at the Capitol Rotunda and a public funeral at the National Cathedral in Washington DC, the Bush family returned to Texas where their patriarch was brought by train from the airport to his final destination beside his wife of 73 years, Barbara.

A presidential funeral train was a longstanding tradition, even after rail travel no longer became a necessity. However, President Dwight Eisenhower was the last to be carried by train to his final destination in 1961.

The internment of President Bush was a private affair for his family on Friday morning.