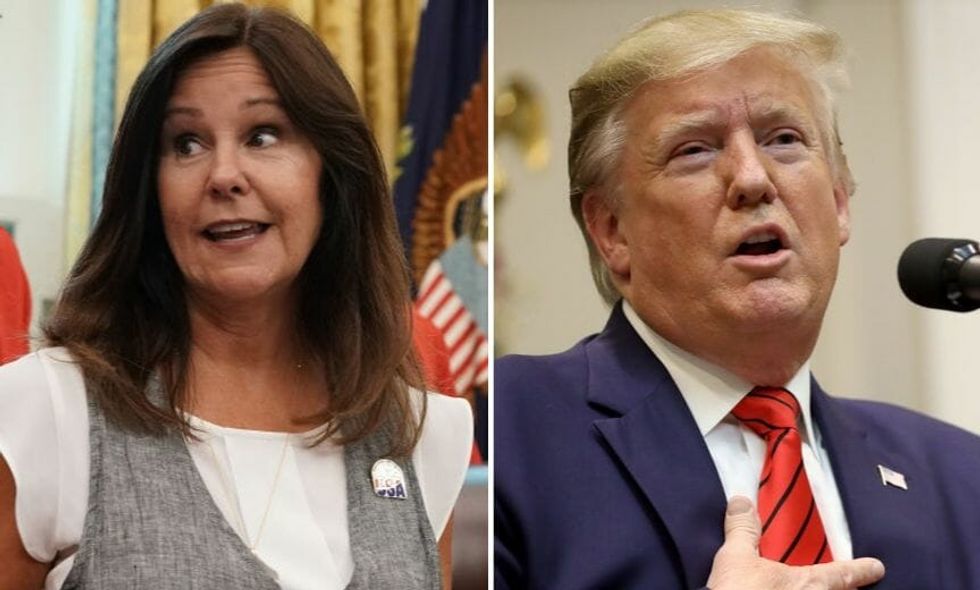 Days after new sexual assault allegations were lodged against President Donald Trump (in addition to the 25 existing allegations), Second Lady Karen Pence spoke at a Women for Trump event in Minnesota. There, she claimed the man who bragged about forcibly grabbing women "by the p***y" had "empowered women like no other."

Pence addressed women who felt on the fence about voting for Trump, assuring them:

“The president has empowered women like no other. He cares about meeting them where it counts: in their pocketbooks…. Look at the job rate for women. You have to vote for Donald Trump.”

Polls have indicated that Trump's approval rating has dropped in recent months.

@SecondLady @realDonaldTrump has certainly ‘empowered women like no other’ - to stand up against: - sexual harassme… https://t.co/kwTq0VydOv
— Dale Tanner (@Dale Tanner) 1570707198.0

In fact, numerous women find Trump and his administration to be a direct threat to the validity of their existences.

Women are suffering under the Trump administration. I promise you I will do everything in my power to fight back ag… https://t.co/lErNlCXNRU
— Barbara Lee (@Barbara Lee) 1568078400.0

After Trump was elected many black students were assualted. A black girl I knew asked if anyone would walk with her… https://t.co/qxdnROfWAj
— Jules (@Jules) 1570411518.0

The President will go to Minnesota today to speak at a rally in the district of Congresswoman Ilhan Omar (D-MN). Trump has told Omar, an American citizen and Muslim Somalian refugee, to "go back" to where she came from, as well as repeatedly accusing her of hating Jews.