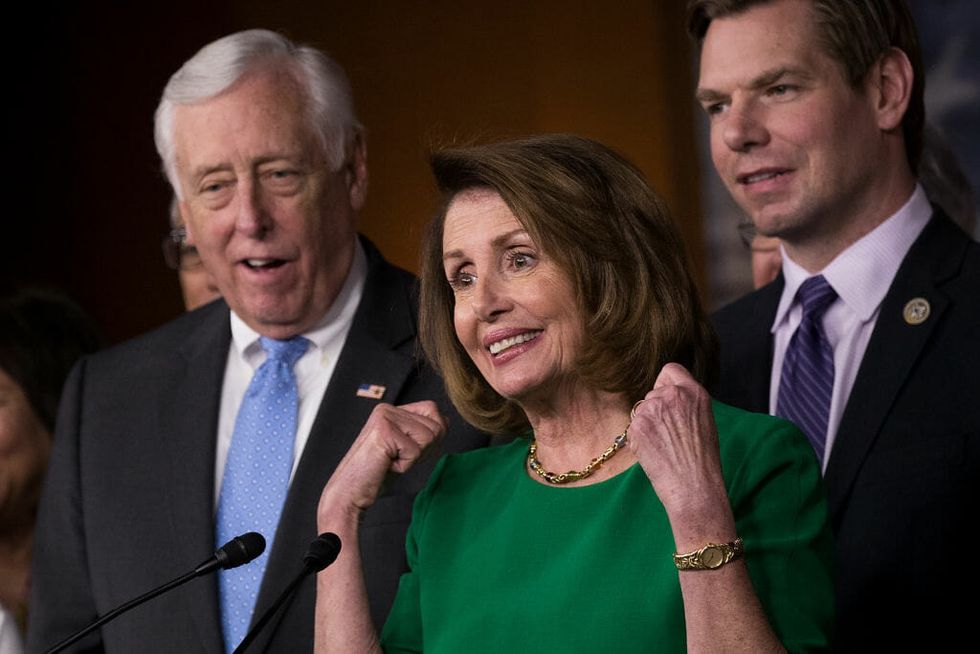 The United States Supreme Court has refused to block the redrawing of Pennsylvania's congressional districts. The ruling is a harsh defeat for Republicans who'd disagreed with the court's findings that the original map was heavily tilted to favor Republican districts. The ruling comes one day before the filing deadline for May's primary elections.

Republicans currently hold 12 of the state's 18 congressional districts compared to Democrats, who control only five. The new map could allow Democrats to gain an additional three to four seats in Congress, boosting the party's hopes of winning a House majority in this year's midterm elections.

One of the seats, currently held by Representative Pat Meehan (who is due to retire) is listed as a "likely Democratic" victory in 2018, with three others considered "toss-ups." Democrats need to flip 24 seats in November, and if this map goes forward, Pennsylvania alone could account for 20 percent of the needed seats.

But that's not the only disappointment Republicans have had to deal with today.

A three-judge panel declined to block a new congressional district map in Pennsylvania earlier today, dealing a blow to Congressional Republicans who had filed for a stay against the new map, saying they disagree with the court's ruling that the original map was heavily gerrymandered to favor Republican districts and prospects. The defeat signals elections are likely to occur in November with House districts that are more competitive.

Breaking news: A panel of 3 federal judges in Pennsylvania declined to step in and block a new congressional map is… https://t.co/XvecapzbQr
— Sam Levine (@Sam Levine) 1521479708.0

The plaintiffs––including Pennsylvania Republican Reps. Lou Barletta, Ryan Costello, Mike Kelly, Tom Marino, Scott Perry, Keith Rothfus, Lloyd Smucker and Glenn Thompson––argued that the three-week window the state court gave the GOP-controlled legislature and the Democratic governor to reach an agreement before stepping in to draw the lines itself violated the state legislature's right to draw the lines.

The three-judge panel ruled that the Republicans' argument had no legal standing in court, writing that “because fundamental principles of Constitutional standing and judicial restraint prohibit us from exercising jurisdiction, we have no authority to take any action other than to dismiss” the request.

Republicans had sought to preserve the old map, under which they consistently won 13 of the state’s 18 House seats. The catch: They won these seats despite getting only about 50 percent of the total statewide vote in each election, and trailing Democrats in Pennsylvania’s voter registration.

Representative Ryan Costello's expected exit also leaves Republicans in the 6th District without a candidate in a district they've long commanded. The new map also deeply affects his district, transforming it from one that Hillary Clinton won by a single point in 2016 to one she would have won by nine points under the new lines. This could not come at a worse time for Republicans: The petition deadline to run for the seat is tomorrow.

A local Republican in Chester County who spoke to ABC News last week said they were approached to run for the seat, but ultimately declined the offer. Chester County Commissioner Michelle Kichline has also been floated as a possible candidate, but her office did not respond to multiple requests for comment.

Pennsylvania was the site of another major Democratic victory last week when Conor Lamb bested Republican Representative Rick Saccone in the special-election contest in the state's 18th Congressional District.

According to a report from The Pittsburgh Post-Gazette, several false stories alleging that invalid votes were cast and that a court decision had thrown the election results out had circulated in the days since Lamb's win. The website Daily World Update "said in a story circulating on social media that a judge identified as Marshawn Little of the 45th Federal Appeals Court of Westmoreland County cancelled the results because they were 'tainted beyond reproach," the report notes.

However, "there is no such judge in Pennsylvania and no such court exists."

Another story, also on Daily World Update, claimed that “trucks full of illegals” cast votes in the election.

There are no legitimate claims or complaints or evidence that any such events occurred. These claims should not be taken seriously,” said Wanda Murren, the communications director for Pennsylvania’s Department of State.

She continued: "We are not aware of any official complaints lodged with the county election boards or district attorneys alleging voter fraud, nor have there been any filed through DOS. Any claims otherwise or without citing these entities could be from illegitimate sources."

Daily World Update identifies itself as a satire site to users who click the “About” section, but that hasn't stopped people from believing these reports.