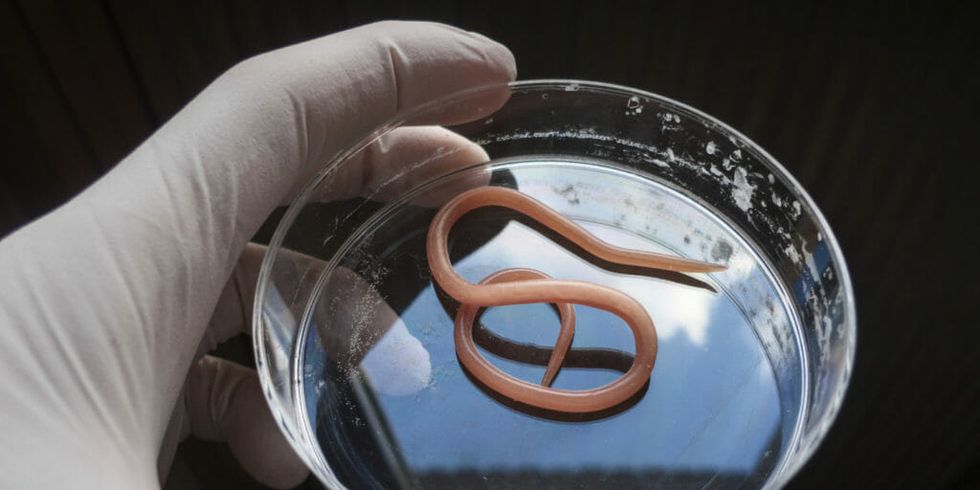 If you are one of the 1.4 million Americans who suffer from Inflammatory Bowel Disease (IBD), there’s some good news and bad news for you. The good news? Promising research has emerged showing a potentially effective treatment for IBD. The bad news? It’s worms.

A new study published in Science last month by a team of New York University researchers found that a type of roundworm placed in the gut could change the balance of bacteria by suppressing bacteria that causes inflammation and increasing bacteria that reduces it. “Patient testimonials and anecdotes lead many to think that worms directly cure IBD,” said co-senior investigator of the study Ken Caldwell. However, “in reality, they act on the gut bacteria thought to cause the disease.”

Scientists have theorized that the rise in IBD, along with other autoimmune diseases like allergies and Type I diabetes, may be due to our relatively sterile lifestyle. According to the hygiene hypothesis, some exposure to germs may actually benefit the immune system. Injecting parasites into the body is at the opposite end of the hand sanitizing spectrum—and it may be just what the body needs to reset itself.

The researchers performed the Science study in two parts. First, they infected mice with juvenile whipworms, a type of roundworm. When the worms matured, the mice were found to have reduced levels of Bacteroides bacteria (which cause inflammation) and increased levels of Clostridia bacteria (which reduce it).

To understand whether the same reaction would occur in people, the team compared two

populations in Malaysia: an indigenous group living in a rural area where the worms were prevalent and IBD was low; and those living in the urban capital Kuala Lumpur, where the opposite was true. After testing the gut bacteria of both groups, the scientists found that the presence of worms in the gut seemed to defend against inflammation caused by Bacteroides.

“Our findings are among the first to link parasites and bacteria to the origin of IBD, supporting the hygiene hypothesis,” said the study’s co-senior investigator and parasitologist P’ng Loke. He added that this type of treatment might apply to other autoimmune diseases.

While the study shows promise, it is unlikely that injecting live parasites into the human body will be approved by the FDA for treatment any time soon. The agency has classified the use of worms (known as helminthic therapy) as an Investigational New Drug, meaning only researchers with special permission can use it. And helminthic therapy carries its own risks, as parasitic worms can cause illness in their own right.

However, helminthic therapy is available in other countries, and people are crossing borders to get it. Indeed, Loke became interested in the effect of worms on IBD after hearing from an individual who had deliberately infected himself with parasitic worms in order to treat the disease. The man was able to put his disease into remission.

Ultimately, scientists hope to understand how the Clostridia works to reduce levels of Bacteroides, and find harmless Clostridia species that can provide the same benefit. This study is a strong first step toward that goal. Said Caldwell, “Our study could change how scientists and physicians think about treating IBD.”