There’s a Right Way to Drink Whiskey, According to Science 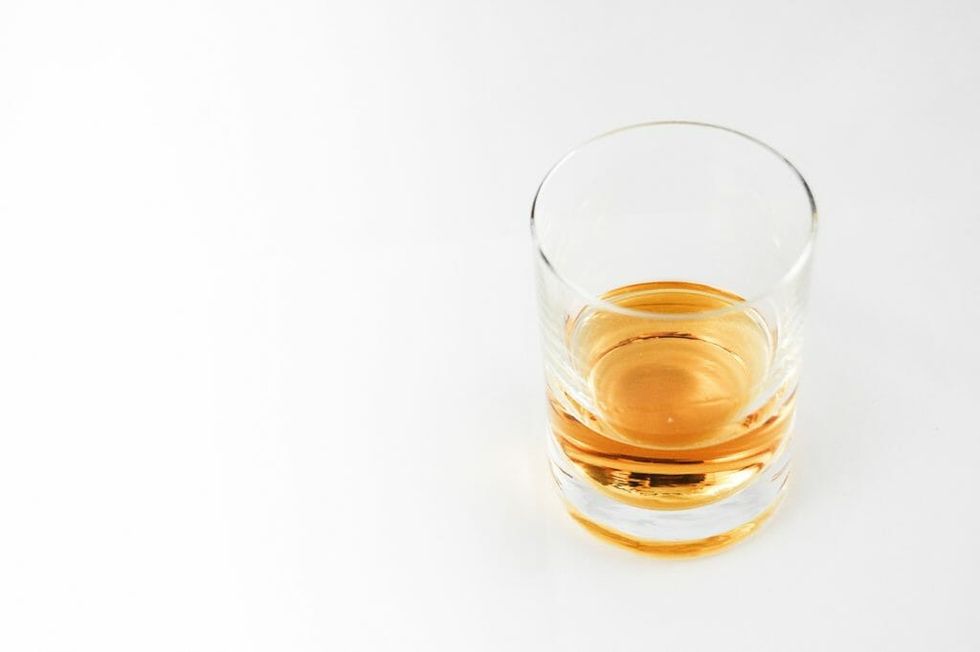 On the rocks, neat, with a splash of water. How do you drink your whiskey? Well, turns out if you drink it neat, you’re doing it wrong.

A study published in the journal Scientific Reports last month proved that adding water boosts the concentration of flavor compounds at the surface of the whiskey, improving the aroma and taste.

To investigate why adding water improves flavor, the study’s authors, Björn Karlsson and Ran Friedman, developed a computational model looking at the interactions of water, ethanol and a flavor compound called guaiacol. Guaiacol is responsible for that smoky, peaty flavor and aroma found in whiskey.

Here’s how it breaks down. In the distillery, whiskey can be more than 60 percent alcohol by volume, but is typically distilled to 40-45 percent. At these concentrations, the ethanol (and guaiacol too) sinks. When the whiskey is distilled to 27 percent, the ethanol spreads more uniformly, and the density of guaiacol at the surface is raised by more than a third.

Put simply: “What came out from our study is that adding water to whiskey should make it taste better,” said Karlsson.

Adding water has the added effect of preventing that overwhelming taste of alcohol sometimes present in whiskeys, allowing some of the more delicate flavors to come forward. “The other factor is . . . reducing the alcohol sensation on the nose and tongue,” said David Williamson of the Scotch Whiskey Association.

So why not just bottle the whiskey at 27 percent?

The big question: did the study change how the authors drink their whiskey? Well, it turns out that neither of them are big whiskey drinkers and haven’t yet put their research to the test. But Karlsson concedes, “after this attention we’ve got, it seems like I’m more or less forced to drink it.”