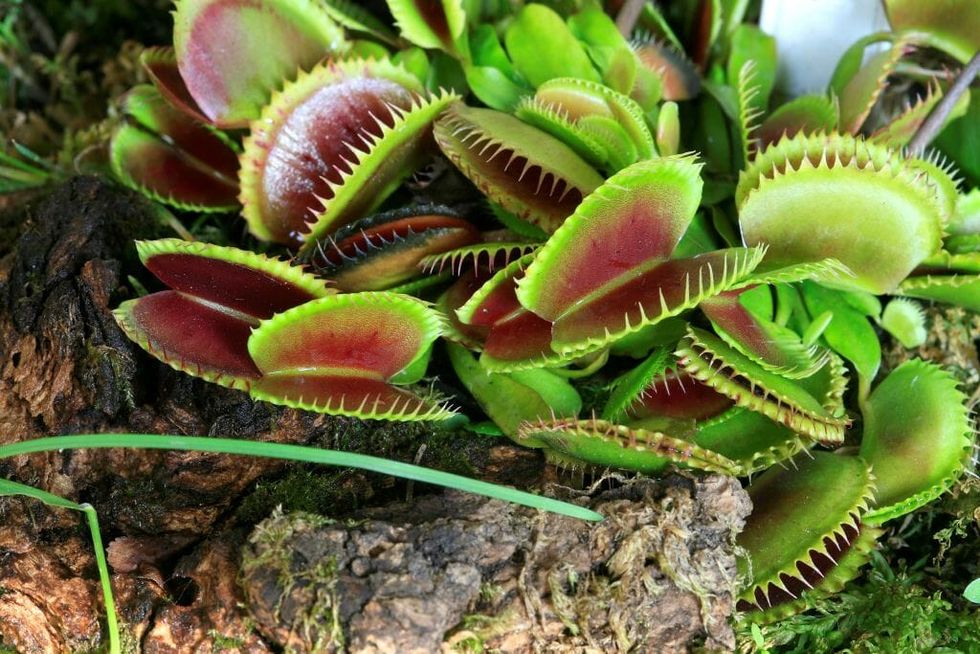 With appearances in pop-culture staples like The Addams Family and Little Shop of Horrors, Venus flytrap plants often get a bad rap for being creepy, carnivorous creatures that will eat just about anything.

While the creepy and carnivorous part might be true, the eating-anything part is not. As it turns out, Dionaea muscipula, that iconic little plant with the spiky, mouth-shaped leaves, is quite a picky–or savvy—eater.

According to a recent study published in The American Naturalist, the flytrap — which primarily eats insects and spiders — knows not to eat the specific insects that pollinate its flowers.

“It’s a globally famous plant — everybody knows all about the snap traps — but very few people know much else about the rest of the plant’s biology,” Clyde Sorenson, an entomologist at North Carolina State University who worked on the new study, told Popular Science.

Because D. muscipula, a plant-shop staple, grows so well in lab conditions, few entomologists have bothered studying it in its native habitat, the wetlands of North and South Carolina.

Study researchers observed the flytraps in the field, noting both which insects landed on the plants’ white flowers, which grow on stalks 6 to 10 inches above the leaf cluster, and cataloging which insects had been consumed.

“We found things that were alive, that jumped out and probably thought, ‘yay freedom!’” insect ecologist Elsa Youngsteadt told Popular Science. “We also got a few that that were mushy, like you could tell it was a spider but not much more than that. And some were so digested we couldn't even tell what they were.”

The flytraps “consume” insects after the bugs land on the plant’s seemingly spring-loaded, spike-tipped leaf lobes; the lobes then close, trapping the bugs, and enzymes digest the bodies to provide nitrogen and phosphorus, nutrients that are scarce in D. muscipula’s naturally acidic boggy habitat. After about 5 to 12 days, the lobes reopen to await another meal.

The researchers found that even though winged insects like bees and beetles were frequent visitors, the plants primarily consumed ants and spiders. What they don’t eat are flies, contrary to the plant’s name. Because the winged insects can fly to the tall stalks, they’re the chief method of transporting pollen from flower to flower, and without them, the plants would not be able to reproduce.

The most common pollinators, they found, were sweat bees, long-horned beetles and checkered beetles. The researchers surmised the flytraps were using certain scents or colors designed to specifically these insects from landing on or near the sticky leaf traps.

Despite its preponderance in plant shops, native Venus flytraps are actually at risk of extinction due to their limited natural range and popularity among poachers. Researchers hope that learning which insects help pollinate the plant could help conservationists in their efforts to protect or even expand its habitat.

"It may need some more focused conservation management in the future," Youngsteadt toldNational Geographic. “Knowing pollinators is part of knowing that story of what the plant needs to continue thriving."