We Know Animals Think and Feel Pain, So Why Won't We Admit They Are Sentient Beings? 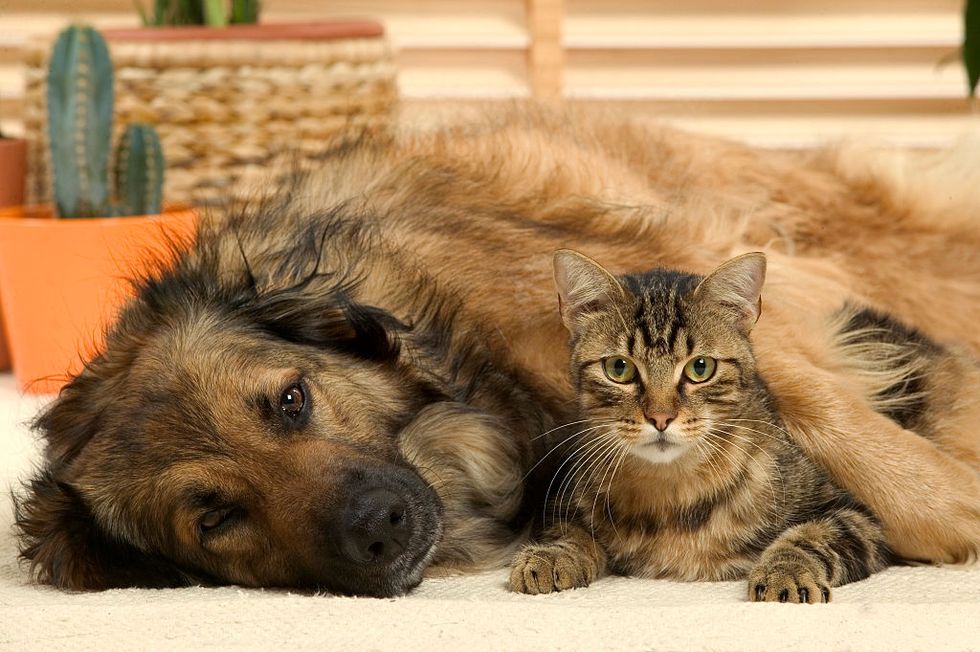 Humans have long held themselves as a species apart. It’s a cross-cultural theory of exceptionalism, held as tightly in Chengdu, China as Chicago, United States. As the canniest, most productive and most dominant species on the planet, we allow ourselves dominion over all other creatures, great and small. We spray great swaths of land with insecticides to kill mosquitoes that threaten our health. We live-capture juvenile whales to be trained for our entertainment. After all, human welfare is paramount, and those other creatures aren’t believed capable of feeling depressed, isolated or endangered.

This point was driven home with a strangely retrograde vote in the UK’s House of Commons last November. In the course of Brexit negotiations, Members of Parliament were tasked with choosing which EU policies they will adhere to as the UK withdraws from the EU. They elected to bow out of a law recognizing animal sentience. MPs later called this claim a mischaracterization, because public outrage was dramatic — denying sentience denies that animals can feel pain, form thoughts, or experience any emotion.

As the EU has traditionally been more progressive than North America on scientific matters, it’s no surprise that their legislation on animal sentience surpasses any in North America. For years, study after study has shown us that animal intelligence is complex and widespread. But these studies are likely superfluous to anyone who has lived with a pet. Many of us have observed firsthand a cat’s jealousy or a dog’s loneliness. Contrary to much of the twentieth century’s consensus on animal behavior, animals are not just food-driven automatons.

“For decades we have been admonished against anthropomorphism – imbuing animals with human-type emotions such as sadness or love,” writes Carl Safina, Endowed Research Chair for Nature and Humanity at Stony Brook University, in The Guardian. “But, actually, humans have these emotions because other animals do as well.”

And those “other animals” aren’t limited to domestic pets, of course. Other animals, especially other mammals, experience emotions as diverse and complex as humans’. Scientists have observed dolphin mothers protecting and carrying their offsprings’ corpses for several days following death. The mothers’ pods have been seen to alter their own pace and behavior to support and accommodate the bereaved.

Vivid examples are easy to come by. Large mammals are easier to study in the wild, and researchers in a variety of disciplines have studied both elephants and whales for decades, and have found that many populations of these animals have similar behaviors — and from that, we can extrapolate: emotions — surrounding death.

Elephants are known to keep close to dying family members, helping them stand after they’ve fallen, and guarding the ailing from predators after they have lain down to die. After the death, elephant families remain near the body for up to several days. Later, they return to the place of the death — almost a pilgrimage. They stroke their family member’s bones with their trunks. It’s not a stretch to think they’re remembering their loved one.

So why has there been such a push to deny the complex and deeply-felt reality of animals’ inner lives? Safina cites two reasons: first, humans’ historical desire to feel superior to all other creatures, and second, that acknowledging our fellow creatures as equal beings would require that we prioritize their needs and treatment.

And prioritizing their needs and treatment would require a sea change across every country and industry, from food and agriculture, to scientific research, to tourism, to fashion and home goods. In the words of Charles Darwin, “Animals, whom we have made our slaves, we do not like to consider our equal.”

So when futurists like Elon Musk warn of conscience-free AI run amok — “a fleet of artificial intelligence-enhanced robots capable of destroying mankind” — bear in mind what humans have done to beings we have considered inferior. Why should supercomputers recognize and respect our emotions, relationships, or sense of self when we have failed to respect our fellow creatures’?

If Musk’s fears are realized, humanity must pray that the supercomputers show more mercy than we have.

As we creep ever closer to the singularity, technology experts and ethicists are exploring the question of what respect and consideration we owe to sentient computers. The hope is that by showing respect to supercomputers, they will in turn show respect to humans when their intelligence and capabilities far outstrip our own. But based on our own track record, how will we be able to convince supercomputers to respect humans? We haven’t been able to afford basic dignity and respect to the sentient beings who already share our planet.