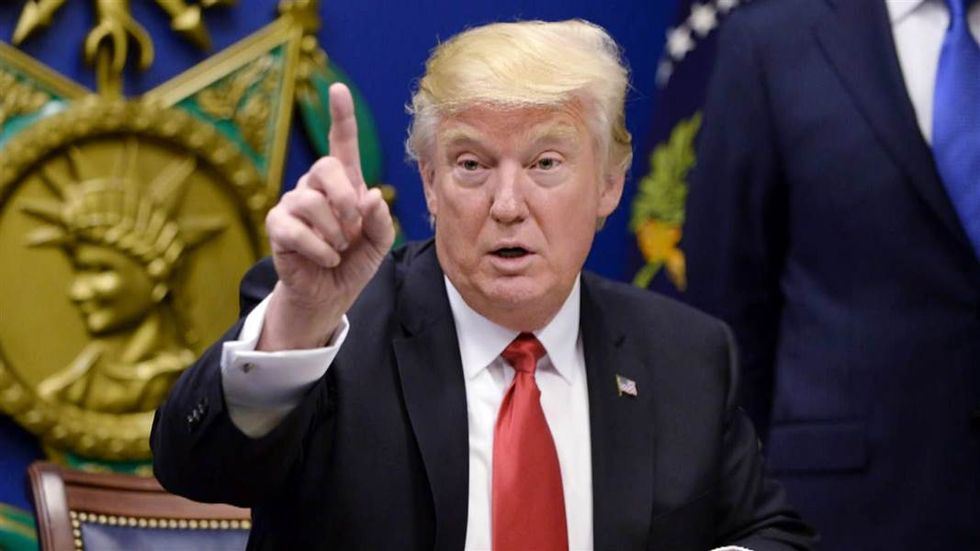 Another one of President Donald Trump's executive orders on immigration was ruled unconstitutional by a federal court yesterday. This time the ruling was on the ability of the Executive branch to withhold funding from sanctuary cities, and the president was not happy.

This morning, Trump issued a set of tweets about the ruling, calling out the Ninth Circuit Court of Appeals in particular. This line of attack has was also used by Fox News's Sean Hannity after the immigration ban was blocked by the same court.

In fact, the Supreme Court hears a very small percentage of cases from the Ninth District. According to PolitiFact, "This means the Supreme Court generally reverses far less than 1 percent of all the cases the 9th Circuit (and other circuits) decide."

The Office of the Press Secretary also responded with harsh words in a statement on the ruling: "This case is yet one more example of egregious overreach by a single, unelected district judge. Todays [sic] ruling undermines faith in our legal system and raises serious questions about circuit shopping. But we are confident we will ultimately prevail in the Supreme Court, just as we will prevail in our lawful efforts to impose immigration restrictions necessary to keep terrorists out of the United States. "

The decision means that all federal funds cannot be withheld from sanctuary cities. As with Trump's immigration ban for several Muslim-majority countries, the ruling also mentioned how the president's public statements contributed to the decision.

"If there was doubt about the scope of the Order, the President and Attorney General have erased it with their public comments," wrote Orrick. "The Constitution vests the spending power in Congress, not the President, so the Order cannot constitutionally place new conditions on federal funds."

The temporary injunction does allow the Justice Department to withhold grants to places that are not following federal law. Justice Department spokesman Ian Prior responded to the ruling: "The Department of Justice previously stated to the Court, and reiterates now, that it will follow the law with respect to regulation of sanctuary jurisdictions."