Tourism Is Much Worse for the Environment Than We Thought, and It's Not Just About Your Plane's Carbon Emissions 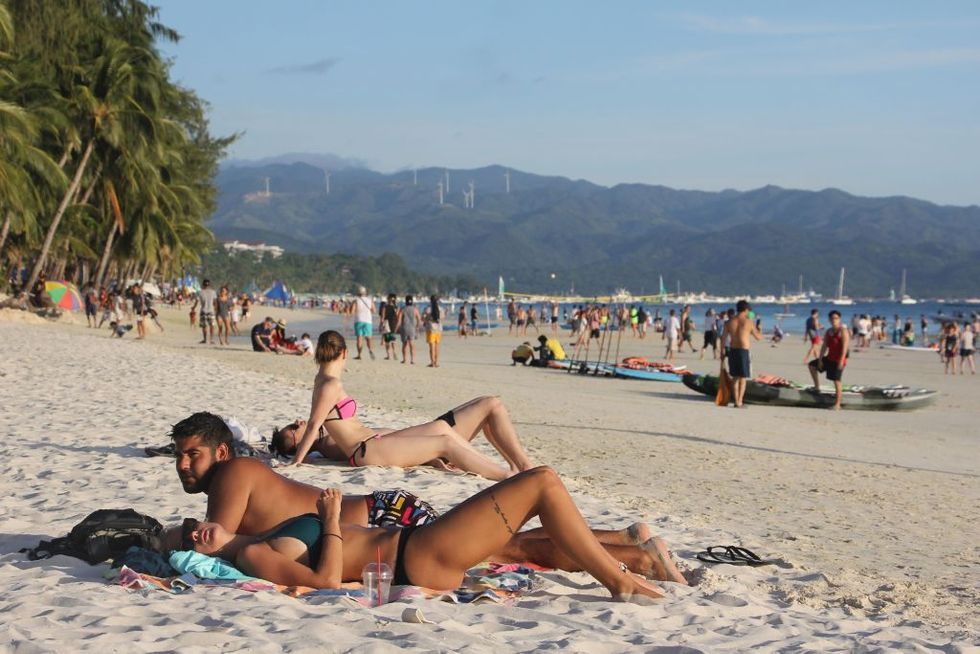 Tourists relax in a beach in Boracay, Malay town, in central Philippines on April 17, 2018, ahead of its closure. (Photo credit should read STR/AFP/Getty Images)

It’s been known for years that air travel is one of the worst things a person can do for the environment. In fact, just one round-trip flight from New York to California emits 20 percent of the greenhouse gases produced by the typical passenger vehicle over the course of an entire year.

However, in even worse news for travel-lovers, a recent study found that tourism accounts for a full 8 percent of the world’s greenhouse gas emissions. This includes not only plane transit, but food production for tourists; hotel construction, maintenance and cleaning; and the manufacture and sale of souvenirs.

According to the study, published in May in Nature Climate Change, the tourism industry emits the equivalent of 4.5 gigatons of carbon dioxide every year — four times worse than the 1 to 2 gigatons originally assumed — and it’s only going to get worse.

“We estimate that a business-as-usual scenario will increase the carbon footprint from tourism to 6.5 gigatons by 2025," Arunima Malik of the University of Sydney, Australia, which conducted the research, told New Scientist.

While the U.S. is the worst offender, due both to its citizens’ being able to afford trips abroad and domestic tourism from other countries, other nations have made bigger gains over the past few years.

“[The] strongest growth was seen in emerging economies such as China, India and Brazil, as wealthy citizens seek to travel to exotic destinations,” said Malik.

The figures are also bad news for smaller nations whose economies rely almost exclusively on tourism. For islands and archipelagos like the Maldives, Mauritius, Cypress and the Seychelles, for example, up to 80 percent of carbon emissions are a direct result of tourists. Given that most of these destinations are attracting visitors due to environmental features like beaches and coral reefs, their economies are especially vulnerable to the effects of climate change.

Though the U.S. has seen a marked downturn in tourism since Trump’s election (“It’s not a reach to say the rhetoric and policies of this administration are affecting sentiment around the world, creating antipathy toward the U.S. and affecting travel behavior,” said Adam Sacks, president of Tourism Economics, earlier this year), tourism is still a $7 trillion global industry. One in ten people around the world are employed in some facet of the tourism or hospitality fields — stopping travel is not only impractical and undesirable for many, but would have a significant negative international economic impact. So, what’s an inveterate globe-hopper to do in order to reduce his or her carbon footprint?

Plant — and maintain — a tree to offset a plane ride, for example, Malik told the Pittsburgh Post-Gazette. Or take a shorter flight, or ground transportation like a bus or train when possible. And, if all else fails, there’s always one surefire way to limit or curtail travel: increased fees.

“Neither responsible travel behaviour nor technological improvements have been able to rein in the increase of tourism’s carbon footprint,” reads the study. “Carbon taxes or carbon trading schemes (especially for aviation services) may be required to curtail unchecked future growth in tourism.”