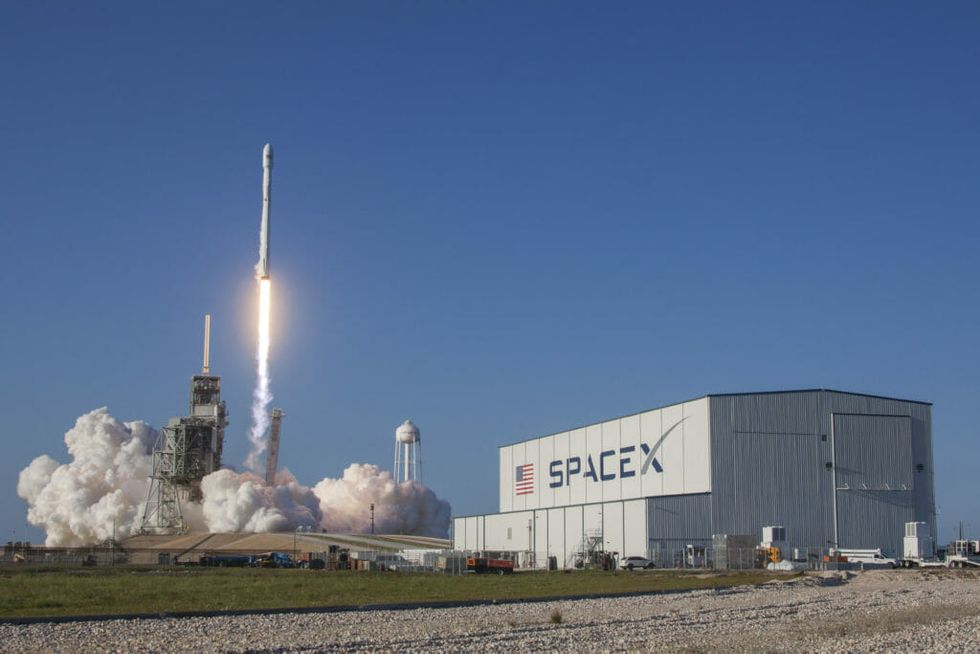 Humans are one step closer to travel to Mars and other planets, thanks to a successful SpaceX launch yesterday evening. After 15 years of experimentation and labor, the company proved that they have a reusable orbit-class booster design.

The rocket launched at 6:27 EDT. Eight and a half minutes later, the first-stage booster landed on a drone ship in the Atlantic Ocean.

“This is going to be, ultimately, a huge revolution in spaceflight,” said SpaceX CEO Elon Musk.

SpaceX rockets, like those that have gone before them, work in phases to reach space. During yesterday's flight, the first-stage booster was the same one that launched and landed on April 8, 2016. SpaceX was able to land the booster again last night, meaning it could be reused again.

"If one can figure out how to effectively reuse rockets just like airplanes, the cost of access to space will be reduced by as much as a factor of a hundred," said Musk several years ago. "A fully reusable vehicle has never been done before. That really is the fundamental breakthrough needed to revolutionize access to space."

The first landing of the stage one of a Falcon 9 used yesterday. Credit: Source.

According to Musk, the booster is the most expensive portion of the portion of the rocket, so finding a way to reuse them would make space flight less expensive. Reusability will be needed during travel to Mars to allow humans to return from the planet once they have arrived. "This mission ... is the fundamental key demonstration. It will allow people to live on other planets," said Gwynne Shotwell, SpaceX's COO.

Currently, a Falcon 9 launch costs around $62 million. SpaceX has said that reusing the stage-one boosters will give customers a 30% discount. Refurbishing the booster took

about four months. SpaceX hopes to cut that time to a single day. The goal is to refuel the booster and treat it more like an airplane.

The achievement comes after a difficult period for SpaceX. Two of their rockets have exploded, one in 2015, and more recently during an engine test in September 2016. Last September's accident paused the company's ambitious plans for four months while they investigated the cause of the accident.

In January, SpaceX announced that the accident was caused by failure of the helium tanks. Within weeks of the announcement, they successfully launched from their West Coast facility.

Falcon 9 and Dragon at launch pad 39A. Source: Credit.

SpaceX made history with the subsequent launch by using launch pad 39A, the site of the Apollo and space shuttle launches. Yesterday was SpaceX's third launch from that historic location and the fourth successful launch this year. They plan to test their Falcon Heavy rocket with an unmanned version of the Dragon capsule that will eventually carry humans to space. The first crewed flight in collaboration with NASA is currently scheduled for May of 2018.

Yesterday's launch also resulted in the deployment of a communications satellite. You can watch a replay of the launch, landing, and deployment here.