Is There Life On Mars? Martian Air Could Finally Provide the Answer

Military biohazard laser could be used in the search for life on Mars and other worlds. 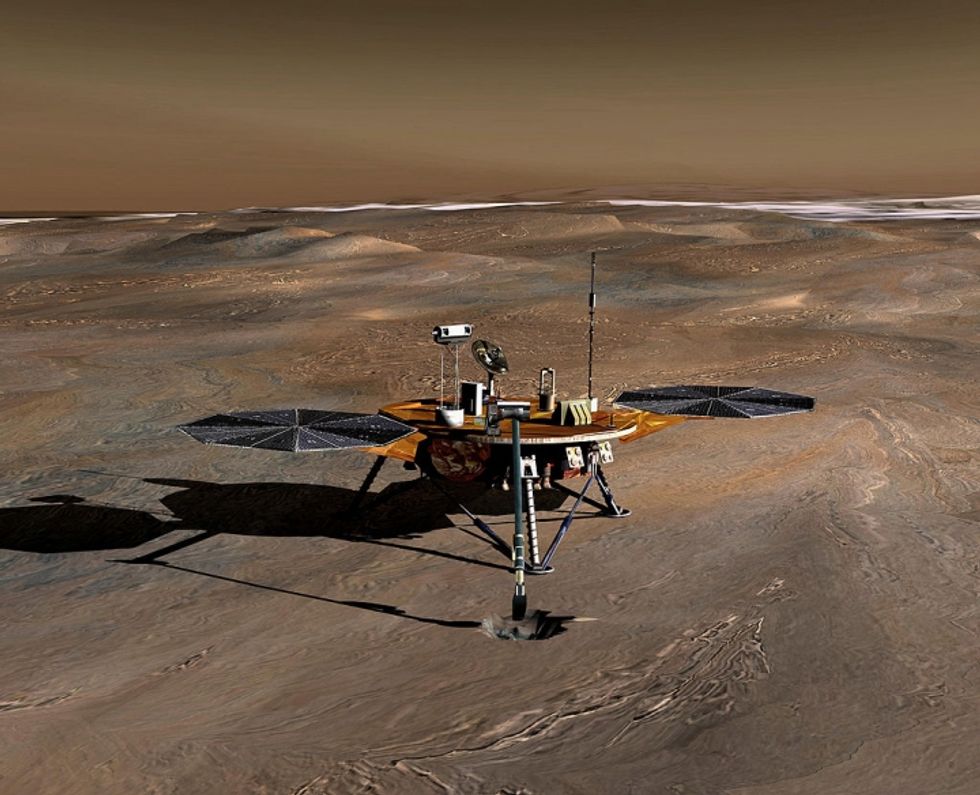 Technology originally developed for the military to detect airborne biohazards may now be used to search for life on Mars.

Physicist Branimir Blagojevic, who originally helped develop the Bio-Indicator Lidar Instrument or “BILI” while at Science and Engineering Services Inc., is now a NASA technologist at the Goddard Space Flight Center in Greenbelt, Maryland, and hopes to mount the BILI on a Mars rover.

“We are ready to integrate and test this novel instrument, which would be capable of detecting a number of organic biosignatures,” Blagojevic said. “Our goal is increasing the likelihood of their discovery.”

Lidar, short for “light radar,” operates much like traditional radar, but uses laser light instead of radio waves to measure distances. When mounted on the mast of a rover, it sends pulses of ultraviolet light through plumes of atmospheric particles in Mars’ air, causing the particles to either resonate or fluoresce. By analyzing that fluorescence, scientists could then determine the age of any organic particle.

“If the biosignatures are there, it could be detected in the dust,” Blagojevicsaid.

Searches for life on Mars have thus far centered on analyzing scoops of regolith—the dust and other loose geological materials that cover bedrock on the moon, Mars, asteroids and other planets. In 2012, a scoop of regolith analyzed on board the rover Curiosity determined that the surface of Mars is, in fact, two percent water,

which rekindled scientists’ hopes that Mars either does or once did harbor extraterrestrial life.

“It seems that the more we study Mars, the more we learn how life could be supported and where there are resources to support life in the future,” said Michael Meyer, lead scientist for NASA’s Mars Exploration Program.

However, analyzing regolith is not a perfect method, as direct contact with the sample always bears risk of contamination with particles from Earth. It’s also an intimidatingly slow and imprecise process, examining the entire surface of a planet one scoop at a time.

Blagojevic describes this method as essentially trying to find a “needle in a haystack.” The BILI, in turn, would decrease the contamination risk by conducting its examination potentially hundreds of meters away, and be able to scan an area many times more vast than a single scoop. Because of the laser’s ability to work from a distance, it will be able to analyze samples on recurring Martian slopes and other areas not accessible to the rover—possibly even other planets.

"Beyond Mars, we did some calculations modeling whether this instrument could work on frozen worlds like the moon Enceladus and maybe Europa," Blagojevic said. Enceladus, a moon of Saturn, and Europa, a moon of Jupiter, are both thought to harbor oceans and thus stand as a couple of the more promising locations for seeking out extraterrestrial life.

"We found that it will be challenging because the water plumes on Enceladus have very low density,” said Blagojevic of deploying BILI on the two moons. "It's possible, but it requires a more powerful UV laser that may or may not be feasible for future flyby missions.”