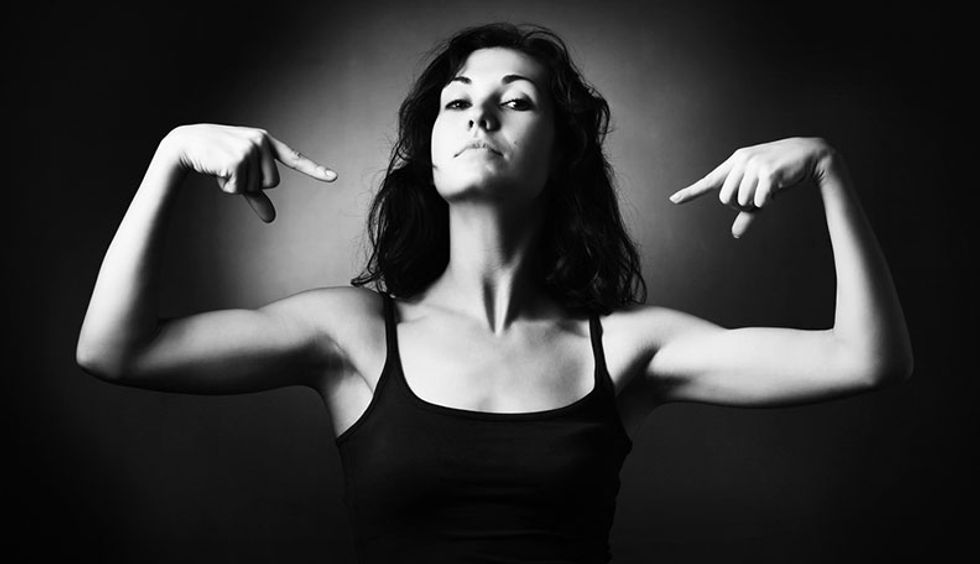 “Should I shut off the television, or keep binge watching Orange is the New Black?” “Should I have one more drink, or call it a night?” “Should I finish this container of ice cream?”

This struggle between your “now” self and your “future” self is a familiar one. And a new study reveals that this battle may have its roots in a single area of the brain.

Scientists have pinned the right temporoparietal junction (rTPJ) of the brain as being linked to empathy and selflessness. When this area of the brain, which is located close to your ear, is stimulated, people are better able to take someone else’s perspective. People with larger rTPJs also tend to act more altruistically.

A recent study by Alexander Soutschek at the University of Zurich and his colleagues suggests for the first time that the rTPJ is also linked to self-control—which typically has been thought to be controlled by the prefrontal region. Said Soutschek, “When you have a closer look at the literature, you sometimes find in the neuroimaging data that the TPJ is also active during delay of gratification, but it’s never interpreted.”

In the study, published last fall in Science Advances, Soutschek and his colleagues used magnetic fields to shut down the rTPJ temporarily. When the rTPJ was shut down, the study’s participants were less likely to share money with a partner—especially if that partner was a stranger—and more likely to take a direct sum of cash over a future, larger lump sum.

In the second part of the study, researchers showed the participants a picture of a man standing in a room with red discs on the wall. The participants had to say how many of the discs the man could see, requiring them to shift their perspective to his. When their rTPJs were disrupted, they were less able to predict how many he could see. The worse their predictions, the more likely they were to take the direct sum of cash.

This study reveals that impulsivity and selfishness are correlated—as are empathy and self-restraint—and impacted by a single region of the brain. “From a neural perspective, the [TPJ] may represent the own future self like another person,” explained Soutschek. “This means that the same brain mechanisms may be necessary to be patient for a future gain and for being able to share with another person.”

The researchers postulate that the results could have tremendous implications for people struggling with addiction. “When people think about addiction, it’s often seen as a deficit in impulse control,” said Christian Ruff, a co-author of the study. “Our results suggest that this other process is also very important—that the afflicted individuals may not be able to take the perspective of their future selves.”

Even for those not battling addiction, the study could have broad ramifications. Delaying gratification can contribute to physical and emotional health, as well as financial stability.

Better put away that ice cream.