Scientists May Have Found The Key To Curing The Zika Virus 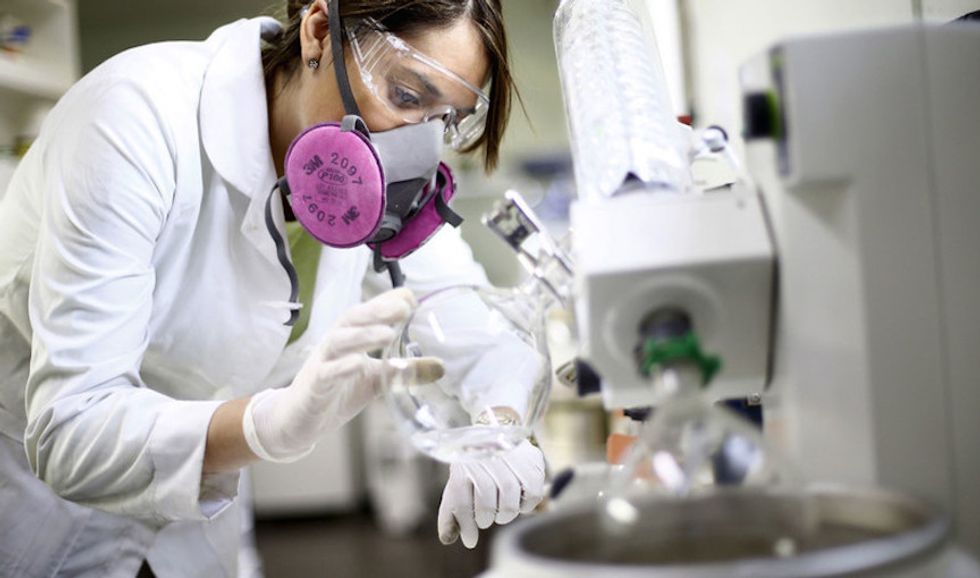 Scientists have a lead on a vaccine for the Zika virus, and it can be found in our own cells.

Scientists at the University of Massachusetts Medical School (UMMS) discovered that a small human protein, interferon-induced protein 3 (IFITM3), can greatly reduce the infectious ability of the Zika virus. In some cases, it can actually prevent Zika from killing cells.

The Zika virus attacks the brain’s progenitor cells, blocking about 20 percent of them from forming new neurons - but it does so without triggering the body’s immune system, allowing it to replicate unchecked in the brain for weeks. The UMMS discovery suggests that boosting IFITM3 could block the Zika virus.

"This work shows that IFITM3 acts as an early front line defender to prevent Zika virus from getting its hands on all of the resources in our cells that it needs to grow," says study author George Savidis. "IFITM3 pretty much keeps Zika virus stuck in no man's land where it can't

do anything to harm us."

Transmitted by mosquitos, Zika causes relatively mild symptoms in its victims - so mild that many don’t even realize they’ve been infected. But the passing infection can have major consequences.

Zika spreads fast; in only six months, the virus has spread to 52 countries and has been officially linked to birth defects, including microcephaly, a neurological condition in which babies are born with abnormally small heads and brains.

Until now, the Zika virus has been untreatable and incurable. The Center for Disease Control advises people to avoid traveling to areas where Zika is active and to avoid mosquito bites. “We also continue to encourage women and their partners in areas with active Zika transmission to engage in pregnancy planning and counseling with their healthcare providers so that they know the risks and the ways to mitigate them,” the CDC said in a press release. The World Health Organization expects to see the virus spread even faster as the summer months heat up.

Senior study author Abraham Brass, an expert in mosquito-transmitted viruses like Zika, yellow fever, dengue and West Nile, found the IFITM3 connection only eight weeks after receiving their first samples of the Zika virus. "We simply adapted the technology we'd developed over the last four years working with dengue, influenza and other viruses to

begin work on Zika virus," says Brass. "Our results show that Zika virus has a weakness that we could potentially exploit to prevent or stop infection."

IFITM3 is found in nearly all human cells. When IFITM3 levels are low, viruses like Zika can penetrate cells’ outer defenses and cause infection. Brass and his team discovered that, when IFITM3 is abundant, cell walls are resistant to the Zika virus.

"In effect, we see that IFITM3 allows our cells to swallow up and quarantine the virus thereby stopping their own infection, and also the infection of neighboring cells" says Savidis. "We think this also reduces the levels of cell death caused by Zika virus.”

When human cells are exposed to Zika, they are overwhelming infected, as seen by a number of green cells (left). When IFITM3 levels are boosted one the left, the virus was prevented from replicating. Credit: Source.

The development of a cure for Zika is still a ways away: scientists still don’t know exactly how IFITM3 works. The next step for Brass and his team is to test their findings on mice with low IFITM3 levels to see if they are more susceptible to Zika. They’re also working to find a way to boost levels of IFITM3 in the body, which could lead to a vaccine that combats not only Zika but many other related viruses.

"Given our recent results with Zika virus,” says Brass, “it's now even more important that we work to find out how IFITM3 is blocking these viruses, and use that knowledge to prevent and treat infections."