Letter written by nun 400 years ago who claimed to be possessed by Satan has finally been translated using the dark web. 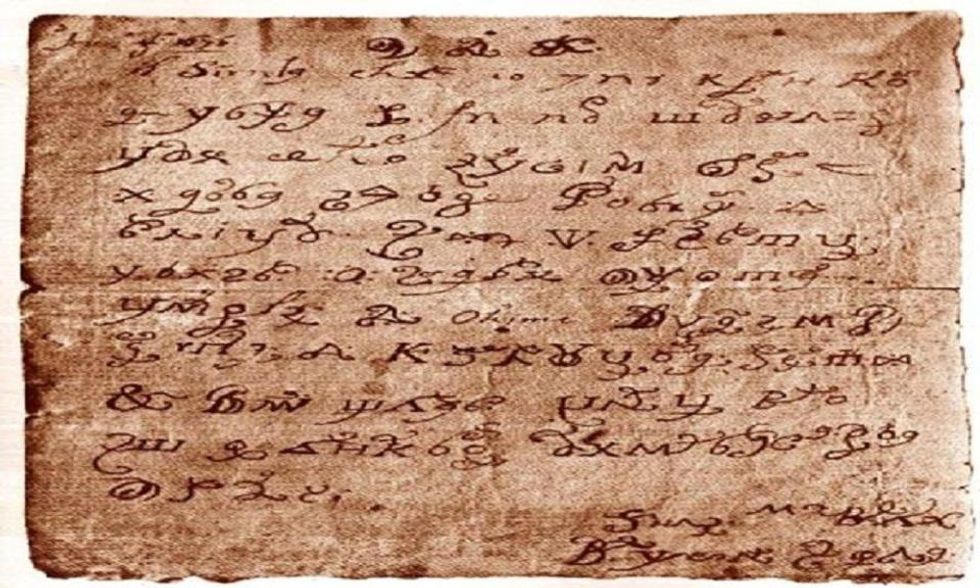 Sicily. August 11, 1676. Sister Maria Crocifissa della Concezione wakes early at her home at the Monastery of Palma di Montechiaro, covered in ink. Before her, a letter scrawled in a strange archaic alphabet. The work, the nun claimed, of the devil himself.

Her sisters in the convent agreed, believing the strange texts must be the work of the devil, and part of an elaborate scheme to turn her away from God. But, despite many attempts by codebreakers and scholars over the past three centuries, no one could read the letter.

Using code-breaking software found on the dark web, individuals at the Ludum Science Center in Catania, Sicily have begun deciphering the ancient letter.

A section of the 17th Century letter

“We heard about the software, which we believe is used by intelligence services for codebreaking,” said Daniele Abate, director of the Ludum Science Center. “We primed the software with ancient Greek, Arabic, the Runic alphabet, and Latin to de-scramble some of the letters and show that it really is devilish.”

The software was primed with those languages because they were the ones that the nun most likely knew. She was known to have become quite adept at linguistics during her time in the convent, and scientists believed that the letters were written in a mishmash alphabet of the languages she understood.

While the team is still working on fully translating the letter, so far 15 lines have been decoded. It speaks, in a rambling, not always coherent way, of the relationship between humans, God and Satan.

“God thinks he can free mortals,” the letter reads. “This system works for no one. . . . Perhaps now, Styx is certain.” Styx is the river in Greek mythology that separates the underworld from the world of the living. The letter also says that God is the invention of man and describes God and Jesus as “dead weights.”

Despite the devilish nature of the letters, scientists do not believe that the nun was possessed while writing. Instead, they think she may have had schizophrenia or bipolar disorder. She was known to scream and faint at the altar, and frequently warned others that the devil was trying to get her to serve him rather than God.

“My theory is that this is a precise alphabet, invented by the nun with great care by mixing symbols she knew,” said Abate. “Each symbol is well thought out and structured, there are signs that are repeated, perhaps an intentional and perhaps unconscious initiative. The stress of life in the monastery was very strong.”