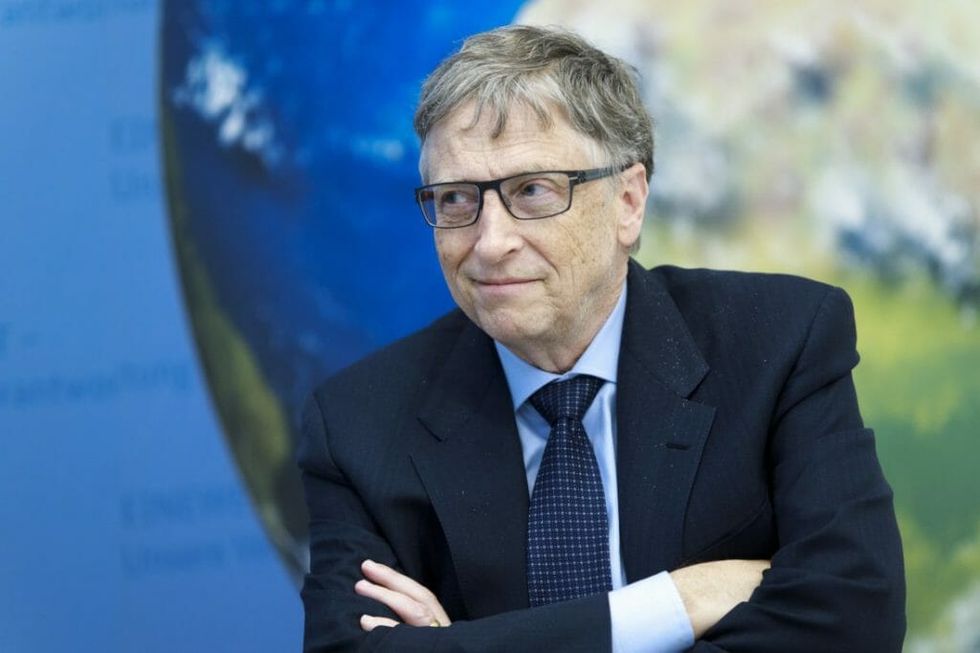 For humans, nothing is certain except death and taxes. Lucky for them, robots needn’t worry about either. That is, unless Bill Gates has his way—then taxes will become a certainty for them, too. (Death they can still avoid.)

In a recent interview with online publication Quartz, Gates expressed his opinion that if robots are going to be taking over a significant part of the workforce, they should be taxed similarly to humans.

The replacement of human labor with automated labor is a growing threat to certain sectors of the American workforce. A 2013 Oxford report found that robots could displace up to half of jobs between 2023 and 2033. A 2015 report out of consulting company McKinsey found that under today’s technology, 45 percent of jobs could be replaced right now.

Gates said that robots, which will likely initially replace jobs in telemarketing, tax preparation, and retail service jobs, should be taxed in order to create space for other jobs where “human empathy and understanding” are key—for instance, teachers and healthcare workers.

“So if you can take the labor that used to do the thing automation replaces, and financially and training-wise and fulfillment-wise have that person go off and do these other things, then you’re net ahead. But you can’t give up that income tax, because that’s part of how you’ve been funding that level of human workers,” Gates said.

But many economists warn taxing robots is not a good idea. James Bessen, an economist at Boston University’s School of Law, cautioned that computer automation is actually increasing employment in most industries. Accordingly, a tax would slow job growth and limit economic opportunity.

“Investments in robots can make human workers more productive rather than expendable,” mused an unnamed author in The Economist. “Slowing the deployment of robots in health care and herding humans into such jobs might look like a useful way to maintain social stability. But if it means that health-care costs grow rapidly, gobbling up the gain in workers’ incomes, then the victory is Pyrrhic.”

Companies also argue that imposing a tax would hamper innovation. Gates, however, is okay with the prospect that a tax might slow down innovation. “[Y]ou ought to be willing to raise the tax level and even slow down the speed of that adoption [of robotic labor] somewhat to figure out, ‘OK, what about the communities where this has a particularly big impact.’”

He continued, “It is really bad if people overall have more fear about what innovation is going to do than they have enthusiasm. That means they won’t shape it for the positive things it can do.”