Having a Female Surgeon Could Save Your Life

A study out of the University of Toronto determined that female surgeons are four percent more likely to keep their patients alive in the 30 days post-operation. 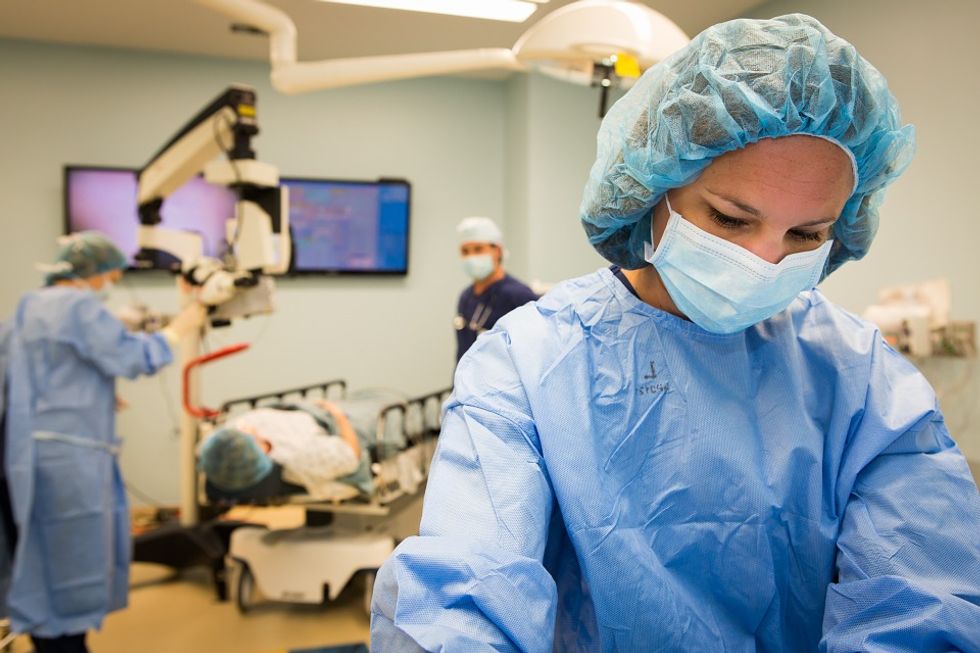 A study found that patients who had had surgery performed by a female surgeon were 12 percent less likely to die in the 30 days following recovery.

Researchers at the University of Toronto viewed the records of 104,630 patients who had surgery between 2007 and 2015, as well as the 3,314 surgeons who performed the surgeries, at a hospital in Ontario, Canada. The sample of patients were matched to those in similar groups, based on factors such as age, sex and income. Surgeons were also matched in age, experience, the number of surgeries regularly performed and their respective workplace, or hospital. The outcomes of patients who had undergone one of 25 surgical procedures by a female surgeon were viewed against those who had received the same procedure performed by a male.

Considering all of these variables, the study found female surgeons superior at keeping their patients alive in the 30 days post-operation — by four percent.

This study was led by Dr. Raj Satkunasivam, who hypothesized that the difference between men and women could derive from the delivery of care.

According to the study’s authors, “Women and men practice medicine differently, although little research exists on the differences in learning styles, acquisition of skills, or outcomes for female and male surgeons.”

They added: “We don’t know the mechanism that underlies better outcomes for patients treated by female surgeons, although it might be related to delivery of care that is more congruent with guidelines, more patient-centered, and involves superior communication.”

The team at University of Toronto have suggested women may exceed men at communicating and/or willingness to heed guidelines. They also suggested that women took fewer risks and asked for help from colleagues with greater frequency at difficult times.

This research was subsequently published in the British Medical Journal. It furthermore found that fewer patients under the care of female surgeons experienced other complications or were readmitted to the hospital in the 30 days following operation. These differences were not statistically noteworthy, however.

Choosing a female surgeon over a male surgeon is not a crucial determinant of good surgery outcome, according to The Royal College of Surgeons in England in an editorial.

“Surgery is a specialty that continues to struggle with unconscious bias among patients and health professionals, and gender inequality persists,” President Derek Alderson, and former president Professor Clare Marx, of The Royal College of Surgeons, explained. “This study helps to combat ... lingering biases by confirming the safety, skill and expertise of women surgeons relative to their male colleagues.”

Because women have faced opposition for equality in the field of medicine, University of Toronto researchers decided this subject was worth exploring.

Even so, Mr. Alderson seemed to remain somewhat skeptical, despite understanding the value in the study: “However, with so many critical factors to consider, trying to find out why there is a very small difference in short term clinical outcomes between male and female surgeons is unlikely to prove worthwhile.”

In previous studies, female medical students revealed a tendency to excel at basic surgical skills, as well as achievement at theoretical surgical knowledge tests, but the new study out of University of Toronto is the first time the discrepancy has been seen in patient outcomes.

Men and women’s bedside manners may differ, but who would have thought that could have life or death consequences? All joking aside, the distinction is small, but it is still statistically significant.