With New Technology, Chinese Fighter Jets Could Fly Under the Radar 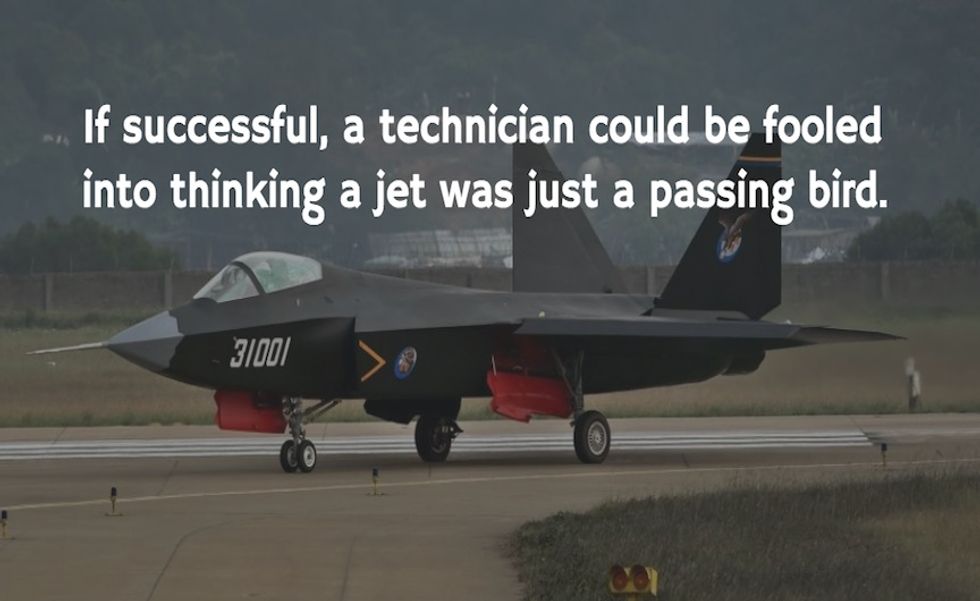 Chinese scientists have invented a new material that could allow fighter jets and other warcraft to hide from radars, making them virtually invisible with current technology.

Current advanced radar technology works by broadcasting signals at ultrahigh frequencies, which bounce off objects, like jets. The returning microwave signals are detected by antennae, allowing technicians to identify objects and gain a rough understanding of their size, even when concealed by clouds or fog.

While there are currently materials in use that can absorb these ultrahigh frequencies, they have historically been too thick to be practical in the construction of fighter jets.

In a paper published by a team of scientists from China’s Huazhong University of Science and Technology in the Journal of Applied Physics, the team described their newly-developed radar-defeating surface. This material, called “active frequency selective surface material,” or AFSS, is comprised of copper resistors and capacitors that

absorb microwave energy and other ultrahigh frequency signals. The AFSS is sandwiched between a metal slab, a layer of metal honeycomb and a circuit board with semi-conducting diodes and capacitors.

The AFSS can be stretched, or “tuned,” to absorb a wide range of frequencies, including ultrahigh frequencies. It is the first time that stretching technology has been used in AFSS to expand the bandwidth of the waves it can absorb.

The key to AFSS is its depth. At only 0.04 millimeters, the “proposed absorber is almost ten times thinner than conventional ones,” said Wenhua Xu, one of the paper’s authors. The width makes it practical—for the first time-- for application on military jets. If the radar-absorbing material works as intended, it would prevent all of the microwave signals from bouncing back, masking the aircraft’s true size. In practical terms, this means a technician could be fooled into thinking a jet was just a passing bird.

While the level of detail regarding the components and structure of the new material suggests that the Chinese are not attempting to secretly develop this technology, it does leave some worried. The paper is further evidence of China’s significant advances in stealth technology. Stealth is considered to be one of the key technologies of modern warfare –and a vital component to the United States’ military dominance over the past century. The paper, which was sponsored by a Chinese government foundation grant, is causing some to question whether China has already adopted this technology on their current fighter jets. And if so, for just how long China has been flying under the figurative—and literal—radar.