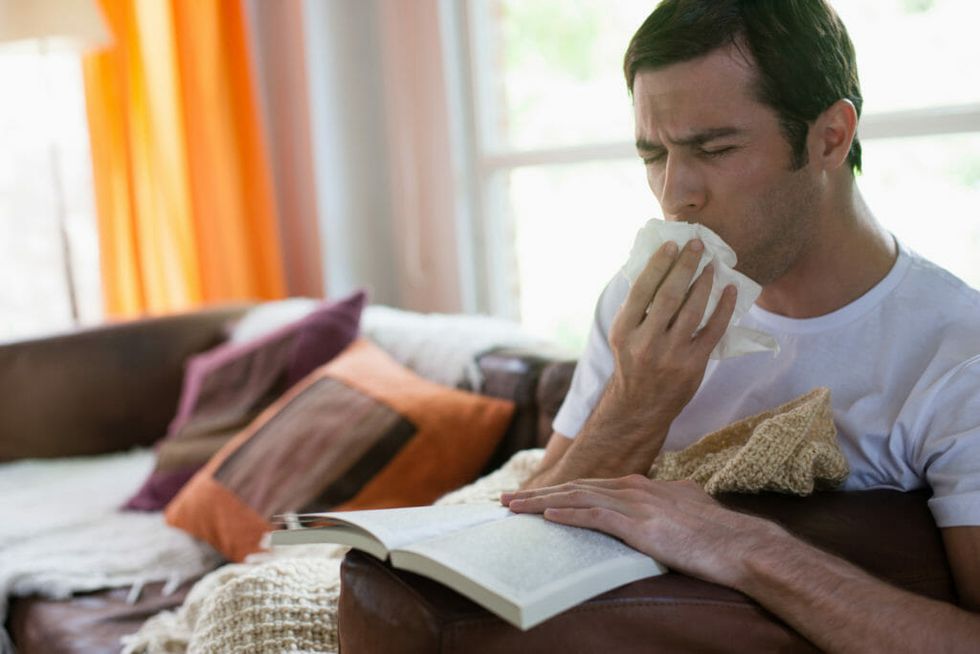 Anyone who has ever had any contact with a “sick” man before knows that man flu is real. According to the Oxford English Dictionary, “man flu” is a “cold or similar minor ailment as experienced by a man who is regarded as exaggerating the severity of the symptoms.” Basically, too sick to unload the dishwasher, but not so sick that he can’t stay up until midnight watching sports. (True story.)

Manflu - An illness that causes the male to be helpless, constant moaning, and near death like symptoms. In females - a cold.
— ReuBekah Vidz (@ReuBekah Vidz) 1513767804.0

Canadian professor Kyle Sue, who teaches family medicine at Memorial University in Newfoundland, Canada, said he was “tired of being accused of over-reacting” when he got sick, so he set out to debunk the “myth” of the man flu.

Sue analyzed previous studies—some scientific, some less so—to explain why men may actually experience worse cold and flu symptoms than women, and to posit the evolutionary basis for such differences. His conclusion: “I do think that the research does point towards men having a weaker immune response when it comes to common viral respiratory infections and the flu. This is shown in the fact that they [have] worse symptoms, they last longer, they are more likely to be hospitalized and more likely to die from it.”

In support, Sue looked to mouse studies that suggested that testosterone can dampen the immune response to the flu, while female sex hormones like estrogen may boost the response. The study also cited research from the United States that showed that men had higher rates (nearly three times as high) of deaths linked to the flu compared to women of the same age, and data from Hong Kong showing men had a higher risk of winding up in the hospital with the flu than women.

In general, the research Sue cites is based on very small samples, and some areas of his paper are based on inconclusive study results and self-reported surveys. Social psychologist Petra Boynton stated that the study was “bad science” and based on “selective reporting.” “If they were out to prove ‘man flu’ is a real thing, from the review they’ve published I don’t think they can,” she said.

In addition to arguing that the man flu exists, Sue also attempts to come up with an evolutionary reason for why men feel so bad when they get a cold that it precludes them performing basic household chores: “it promotes energy conservation and reduces the risk of encountering predators.” In his paper, Sue writes that “lying on the couch, not getting out of bed, or receiving assistance with activities of daily living could also be evolutionarily behaviors that protect against predators.”

This author sees one flaw with this argument: When the one giving assistance has had it up to here with the pile of tissues by the couch, she just may turn into said predator. Better heal up quick, buddy.