Tiny Nation to Asteroid Mining Companies: Make It So 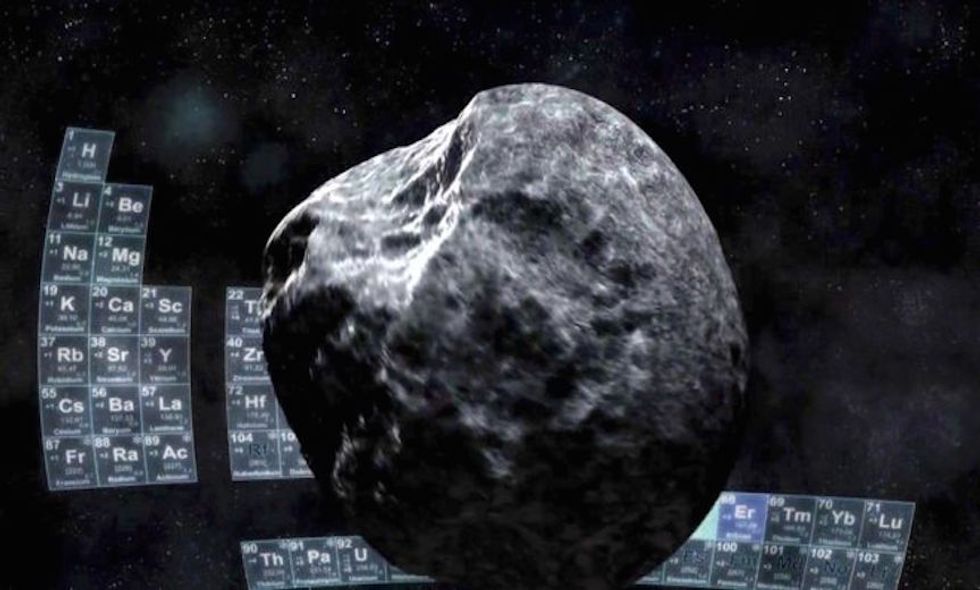 The least populated country in the European Union has its eyes on space. Luxembourg, a country with only 465,000 inhabitants, announced that the country will be making a big investment in asteroid mining.

While the tiny country already has much to brag about, from five Eurovision Song Contest wins to the highest nominal GDP in the world, Luxembourg believes that investments in a yet-unrealized asteroid mining industry will help it live long and prosper in a world where minerals are becoming increasingly scarce.

Luxembourg is already known as a country for innovators. It is the headquarters of satellite operator and telecommunications giant SES. The country has also promoted itself as a haven for IT companies. Now Luxembourg wants to be a hub for space mining companies.

Two U.S.-based start-up companies currently lead the race for the asteroid mining fortune. Deepspace Industries and Planetary Resources have assembled teams to design spacecraft that can survey asteroid targets and extract ores. Jean-Jacques Dordian, the former head of the European Space Agency, told BBC News that he hopes Luxembourg’s investments will encourage European entrepreneurs and innovators to follow the example of these American companies so that European investments in the sector stay in Europe.

Development of an asteroid mining operation could give Luxembourg a big return on its investment. Scientists have speculated that a small metallic asteroid could contain precious metals worth more than $20 trillion.

in space technology lower the cost of transporting materials through space; however, there is no clear estimate of what equipment would be required to extract metals from asteroids, or if the costs of returning materials to earth will ever be profitable. In fact, humans have yet to successfully collect materials from an asteroid. Japan made the first attempt a decade ago, but its craft crash landed on the asteroid and couldn’t collect samples.

There are also a number of legal hurdles. The United States passed a law last year that allows American companies to harvest resources from outer space. It is not clear what would happen if another country passed a law that banned private companies from asteroid mining, or if international treaties may later address the issue. For its part, Luxembourg is passing new laws that allow companies to retain ownership of any materials they harvest from space.

Luxembourg believes that its investment is worth the potential risks, because it will establish the nation’s commitment to futuristic high-tech endeavors. In an announcement regarding the new inititiative, Etienne Schneider, Luxembourg’s Deputy Prime Minister and Minister of the Economy, said: “We will support the long-term economic development of new, innovative activities in the space and satellite industries as a key high-tech sector for Luxembourg. At first, our aim is to carry out research in this area, which at a later stage can lead to more concrete activities in space.”

In other words, Luxembourg has set its phasers to stun and is shooting them directly at the high-tech industry. And companies are taking notice. Chris Lewicki, President and CEO of Planetary Resources, issued a statement lauding Luxembourg for “leading the world by establishing this new resource industry, thereby enabling the economic development of near-Earth asteroid resources.”

Whether or not Luxembourg will make a huge return on its investment, its early entry into this new industry will increase its profile and help humanity explore the final frontier.