New Non-Invasive Treatments Could Halt the Advancement of Alzheimer's 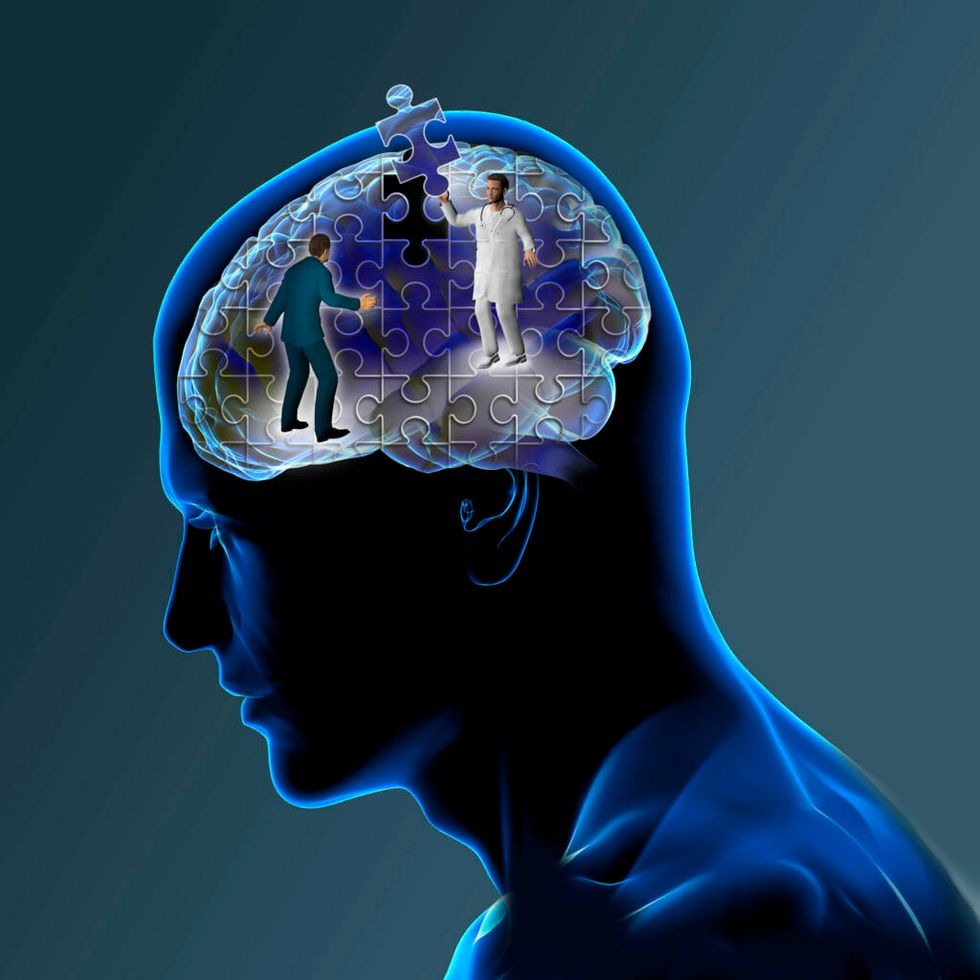 Medical researchers are increasingly encouraged that light and sound therapy could be effective in halting the progression of Alzheimer’s disease. Alzheimer’s, the irreversible brain disorder that causes disorientation and dementia in aging populations (older than 65), afflicts more than five million people in the United States alone. Currently, there is no cure.

A  study published by the National Institute on Aging (NIA), however, suggests that stimulation of the visual and audio cortex could be an effective, non-invasive treatment for the disease. People living with Alzheimer’s disease may also be able to administer this treatment themselves in their own time and space.

Scientists have determined that Alzheimer’s stems from the proliferation of amyloid plaques and neurofibrillary tangles in the brain as it ages. While these plaques and tangles are also found in healthy brains, it’s the sheer quantity of them that causes the tragic and fatal neurological outcomes associated with Alzheimer’s.

Treating Alzheimer's may be possible without drugs, in the comfort of one's own home.

To date, billions of dollars have been spent on Alzheimer’s research on what causes the proliferation of the plaques and tangles. Pharmaceutical research has provided several treatment options that appear to slow down the growth of plaques and tangles. But what if the solution for living with Alzheimer’s wasn’t pharmaceutical? What if there were treatments within our reach that are widely available, affordable, safe AND able to be administered at home?

For starters, scientists have determined that vigorous physical exercise can help keep the brain healthy. A strong pumping heart helps deliver fresh oxygen to the brain and is key to neurological longevity. Exercising the brain cognitively is also critical for mental adeptness. Actively coaxing the brain outside its comfort zone can be done by learning something brand new, like a language or playing an instrument you’ve never before picked up.

If you are afflicted with Alzheimer’s, non-pharmaceutical interventions including exercise and cognitive aerobics, are key to preventing the proliferation of plaques and tangles. But what about other non-invasive DIY strategies that can keep the plaques and tangles at bay?

Light and sound may be the key to stopping Alzheimer's in its tracks.

The NIA study suggests that exposing laboratory mice to flickering LED lights helped prevent the onset of plaques and tangles. To understand the significance of the LED treatment, we need to briefly introduce the importance of gamma rays. The gamma brainwaves are the ones that fire most frequently and are critical to higher-level functions such as reasoning, attention, and memory.

The study showed that an hour-long LED flicker treatment not only reduced the beta-amyloid levels in these mice but also helped increase the gamma-ray activity. While the effects were not permanent, the study suggests that repeated exposure to LED light could have long-term benefits for on brain health.

The visual cortex is not the only cerebral site that can respond to an outside source for strengthening gamma rays. Stimulating the audio cortex can also be instrumental in increasing gamma rays and decreasing plaques and tangles. In that same NIA study, lab mice were exposed to the sound equivalent of a low E on the piano. This 40-Hertz sound is little more than a hum, yet coupled with the LED light exposure the results were significant in brains of laboratory mice. The coupling of the LED light and the 40-hertz hum helped increase gamma waves and decrease plaques and tangles by approximately 50%.

Human trials are next, and they can't come soon enough.

So what are the implications for humans? Is it possible that a combination of sound and light therapies can decrease plaques and tangles AND increase gamma rays? Li-Huei Tsai, director of Massachusetts Institute of Technology’s Picower Institute for Learning and Memory, says, “If humans behave similarly to mice in response to this treatment, I would say the potential is just enormous, because it’s so noninvasive, and it’s so accessible.”

Currently, one in nine adults over the age of 65 is living with Alzheimer’s disease. While billions of dollars continue to be invested in seeking a pharmaceutical cure, Alzheimer’s patients now have a non-invasive (although still experimental) option for treating themselves in the comfort and privacy of their own homes. As a result of Dr. Tsai’s study, the 40-hertz audio/visual solution is being commercially marketed. One can download an audio loop of the 40-hertz low hum and purchase a 40-hertz flickering LED light for daily non-invasive therapy.

While there is still no cure for Alzheimer’s disease, perhaps a combination of exercise, mental gymnastics and 40-hertz A/V stimulation can result in a meaningful and purposeful existence for those who suffer from this dreaded disease. All in the privacy and comfort of one’s own home.