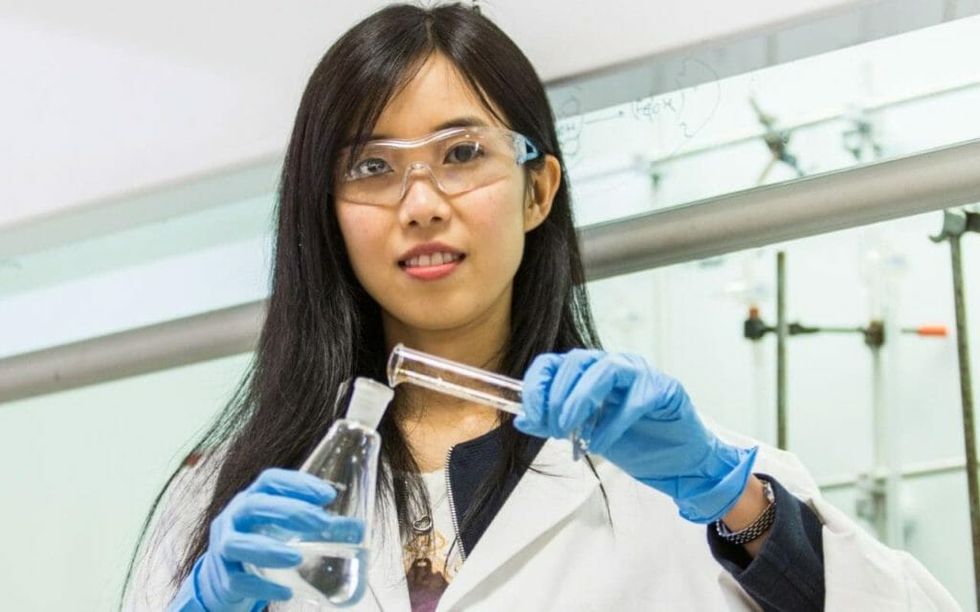 Bacteria are evolving faster than we can find ways to kill them. When bacteria become resistant to superbugs—usually through overuse or incorrect use of antibiotics—they become superbugs. These superbugs are now responsible for at least 700,000 deaths a year, and that number is expected to skyrocket to 10 million by 2050. As Dr. Margaret Chan, Director-General of the World Health Organization, said in 2012, “A post-antibiotic era means, in effect, an end to modern medicine as we know it. Things as common as strep throat or a child’s scratched knee could once again kill.”

A 25-year-old Ph.D. student at the University of Melbourne in Australia may have found the solution. Shu Lam, along with her team of researchers, developed tiny star-shaped polymers made from short chains of proteins that can kill six different strains of superbugs. The research has been published in Nature Microbiology.

Traditional antibiotics work by poisoning bacteria, and often the healthy cells surrounding the bacteria. The polymers—which the researchers call SNAPPs, or structurally nanoengineered antimicrobial peptide polymers—take a different approach. “We’ve discovered that [the polymers] actually target the bacteria and kill it in multiple ways,” said Lam. “One method is by physically disrupting or breaking apart the cell wall of the bacteria. This creates a lot of stress on the bacteria and causes it to start killing itself.”

Unlike with traditional antibiotics, the healthy cells surrounding the harmful bacteria do not appear to be harmed. This is because Lam designed the SNAPPs to be larger than the surrounding healthy cells. “With this polymerized peptide we are talking the difference in scale between a mouse and an elephant,” said Professor Greg Qiao, Lam’s supervisor. “The large peptide molecules can’t enter the [healthy] cells.”

Lam tested the polymer on six different superbugs in the laboratory and tested one in mice. In all experiments, the polymer was successful at killing the bacteria. Even after generations of mutations, the superbugs did not develop resistance.

“We found the polymers to be really good at wiping out bacterial infections,” said Lam. “They are actually effective in treating mice infected by antibiotic-resistant bacteria. At the same time, they are quite non-toxic to the healthy cells in the body.”

While the research is promising, it is still in its initial testing phase. There is still no timeline for when the SNAPPs might be prescribed for treatment, but Professor Qiao estimates it will be at least another five years. “We are still quite far from there,” said Lam, “because we still need to do a lot of studies and a lot of tests—for example, to see whether these polymers have any side effects on our bodies.”

But Lam is hopeful that the initial research will encourage pharmaceutical companies to invest, which could speed up the process. “I hope it will attract some interest, because what we have discovered is quite different from antibiotics,” she said. “Some people have been telling me ‘Please work harder, so that we can have a solution and put it out on the market.’ But with research, you need to have a lot of patience because we still have quite a long way to go.”

“The really good news about this is that, at the moment, you have a superbug and you run out of antibiotics, there’s not much you can do,” said Professor Qiao. “At least you can do something now.”