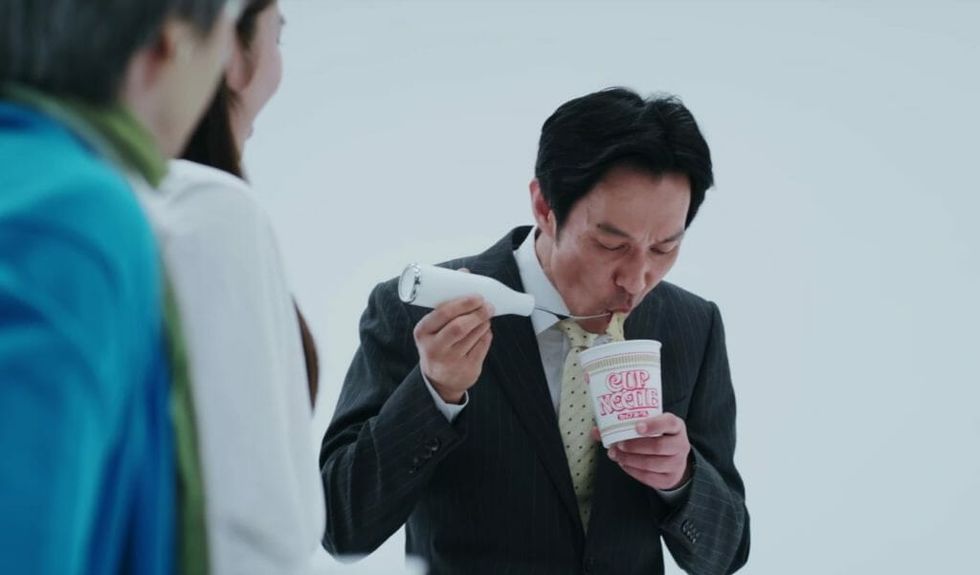 Nissin, the company that created the infamous Cup Noodle ramen soup has recently developed an unusual invention to accompany the noodle-eating process.

Straight out of Japan is the Otohiko, a limited-edition, technology-enhanced fork that detects slurping noises and camouflages those noises within other sounds.

Clearly aimed at a Western audience, the Otohiko detects various types of slurping sounds. In Japan, however, slurping is often considered a sign of food enjoyment — a sort of deep-seated, visceral, animalistic sound made only when one enjoys a food so much, that person gets lost in the experience.

That said, the Japanese are well-aware that Westerners love noodles dearly, but simply have a lower tolerance for eating-related sounds — and so the Otohiko was born.

This enhanced fork is designed with the noise-cancelling Japanese toilet in mind, which reduces those sounds to which the Japanese are generally averse.

Applying this new gadget to noodle consumption is quite simple: the Otohiko will connect to a smartphone app, which then directs the phone to play customizable noises to mask the sounds of noodle enjoyment. Of course, one could simply play music, or chimpanzee mating calls, or the sweet sounds of The Jerky Boys circa 1990 as an alternative sound to slurping — this app is not the only way, but it is the only way ever invented marketed specifically toward ramen noodles.

Logistically, the fork has a battery life of roughly one hour, which allots plenty of time for users to enjoy a noodle fix. Be aware: the handle of the fork is not waterproof.

The Otohiko will cost about $130, and is in limited supply — about 5,000 units available for preorder only.

Interestingly, if the product is not sold out by December 15, 2017, Nissin will cancel all orders. The company anticipates shipping the product three months following this confirmation.

For those who may feel this product is unnecessary, or that Westerners are simply too prudish to truly enjoy ramen, it is worth noting that misophonia, or selective sound sensitivity syndrome, is a symptom or condition, similar to anxiety or panic. Its mechanism is still unknown, but is likely a dysfunction of the central auditory system in the brain. The term literally means the hatred or dislike of sound, but it is more of an emotional trigger that elicits a fight or flight response in those who suffer from the disorder.

For soup-lovers with misophonia, technology like the Otohiko could prove infinitely helpful.