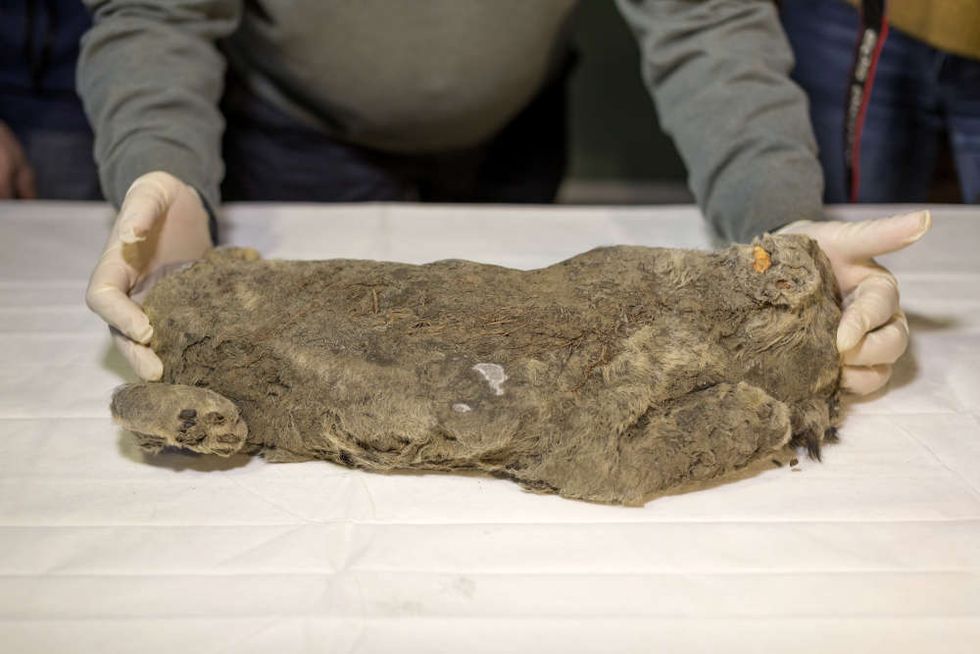 Extraordinarily well-preserved remains of an ice-age lion cub are raising hopes of bringing this extinct species back to life.

The remains of the cub were found buried in the permafrost along the Tirekhtykh River in the Abyisky region of Yakutia, Russia by local resident Boris Berezhnov.

“It is a perfectly preserved lion cub, all the limbs have survived,” said paleontologist Albert Protopopov. “There are no traces of external injuries on the skin.” Even its facial features are visible, along with the toes on its paws. The cub was found with its paw resting on its head.

Further testing will need to be done on the cub, but experts believe it died between 20,000 and 50,000 years ago, during the Pleistocene Ice Age. The cave lion became extinct around 11,700 years ago, around the end of the last Ice Age.

Scientists believe the cub was between six and eight weeks old when it died, but amino acids in its teeth will give them a more accurate estimate. The cause of death is not currently known.

“Everyone was amazed then and did not believe that such a thing is possible, and now, two years later, another cave lion has been found in the Abyiski district,” said Protopopov.

There are possible ethical ramifications of reviving a long-extinct species, of course. Questions such as how the animal would be reintroduced, what effects the reintroduction of the species would have on our current ecosystems, and how it would affect the resources of existing species would all need to be addressed.

The debate was briefly sparked after the discovery of Uyan and Dina in 2015. At the time, the Sakha Republic Academy of Sciences, which announced the cub's discovery, issued a statement saying, “Given that the cubs have well-preserved soft tissues, we believe that they can be cloned.” The preservation of the recently-discovered cub is “even better” than the cubs found in 2015.

“The preservation is so good that it raises hopes of cloning the species back to life,” said Protopopov of the recent discovery.

While the debate goes on, scientists will continue to study the remains to more accurately date its death, the age of the cub, and its sex. The process could take up to three years. Scientists also hope the discovery will inform how cave lions became extinct.

More stunning images of the preserved lion cub can be found at Siberian Times.