Have Scientists Discovered the Secret to Mind Control? 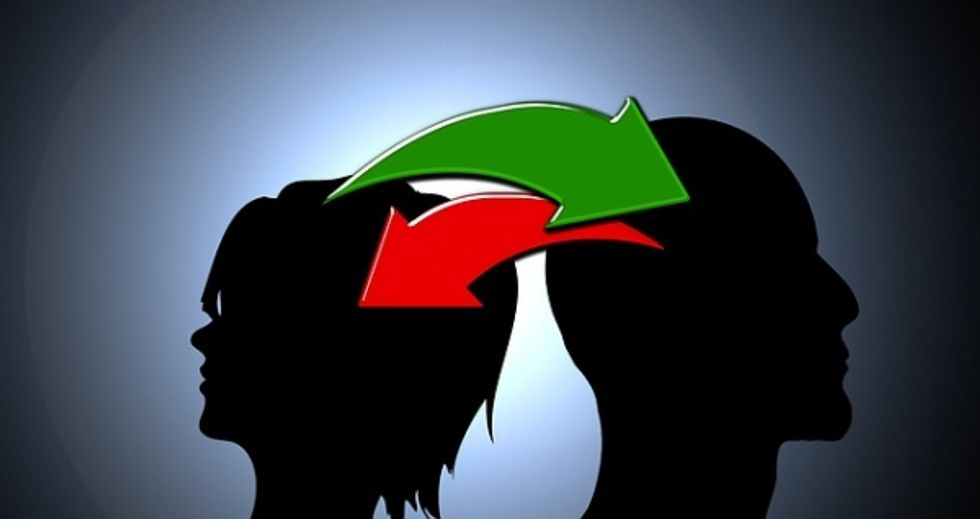 What would you do with $1 million? The University of Washington knows what they would do. The Seattle-based University recently acquired a $1 million grant from the W.M. Keck Foundation to fund research that aims to unlock the mysteries of the human brain. UW scientists have established new methods of direct brain-to-brain communication, allowing two individuals to exchange messages and information via the Internet. Apparently it is now possible to enhance our telekinetic abilities with the miracles of modern technology.

The experiment to achieve these results was remarkable. According to the UW, their research team “combined two kinds of noninvasive instruments and fine-tuned software to connect two human brains in real time. The process is fairly straightforward. One participant is hooked to an electroencephalography machine that reads brain activity and sends electrical pulses via the Web to the second participant, who is wearing a swim cap with a transcranial magnetic stimulation coil placed near the part of the brain that controls hand movements.”

Two individuals, thus equipped, were placed half a mile apart in separate buildings on the UW campus, and played a videogame where they defended a city against an attacking pirate ship. The “sender” was able to see the game, but unable to interact in any way, aside from thinking about when and where to move their hand on the control pad. The "receiver" was provided with a touchpad and placed in a dark room, unable to see the video game. However, once the thought messages from the sender were transmitted, the receiver would touch the pad to fire the cannons accordingly.

According to the UW, “if the brain-to-brain interface was successful, the receiver’s hand would twitch, pressing the touchpad and firing the cannon that was displayed on the sender’s computer screen across campus.” Researchers reported between 25%-83% accuracy, depending on how precisely the sender thought about firing.

research even further, and thanks to the $1 million grant from the W.M. Keck Foundation, UW researchers can see just how much can be digitally transmitted from, and between, our brains.

“With the new funding, the research team will expand the types of information that can be transferred from brain to brain, including more complex visual and psychological phenomena such as concepts, thoughts and rules.

They’re also exploring how to influence brain waves that correspond with alertness or sleepiness. Eventually, for example, the brain of a sleepy airplane pilot dozing off at the controls could stimulate the copilot’s brain to become more alert.

The project could also eventually lead to ‘brain tutoring,’ in which knowledge is transferred directly from the brain of a teacher to a student.”

The idea of brain-to-brain interface is pretty astonishing. Imagine

if your most brilliant teacher could upload their brain to the cloud. Imagine if pilots were truly in sync during your flight. Imagine if we were able to slowly break down language barriers and open up entirely new lines of communication.

The UW researchers pose the question much more eloquently in their study, published in the journal PLOS ONE.

“A great deal of the information that is available to our brain is not introspectively available to our consciousness, and thus cannot be voluntarily put in linguistic form. For instance, knowledge about one’s own fine motor control is completely opaque to the subject [1], and thus cannot be verbalized. As a consequence, a trained surgeon or a skilled violinist cannot simply “tell” a novice how to exactly position and move the fingers during the execution of critical hand movements. But even knowledge that is introspectively available can be difficult to verbalize. Brilliant teachers may struggle to express abstract scientific concepts in language [2], and everyone is familiar with the difficulty of putting one’s own feelings into words. Even when knowledge can be expressed in words, one might face the hurdle of translating between the many existing spoken human languages. Can information that is available in the brain be transferred directly in the form of the neural code, bypassing language altogether?”

While all of this is fascinating, there’s the cynical part of me that wonders if scientific “breakthroughs” like this are just another reason to bust out the tinfoil hats to keep the government out of my brain. What if a brain-data black market popped up and slowly disintegrated the already fragile fabric of our educational system? What if it’s only a matter of time before you can hack someone’s iCloud and turn them into Carrie? Is this one step closer to the true information superhighway, or simply an excuse to use academia as a cover for mind control experiments?