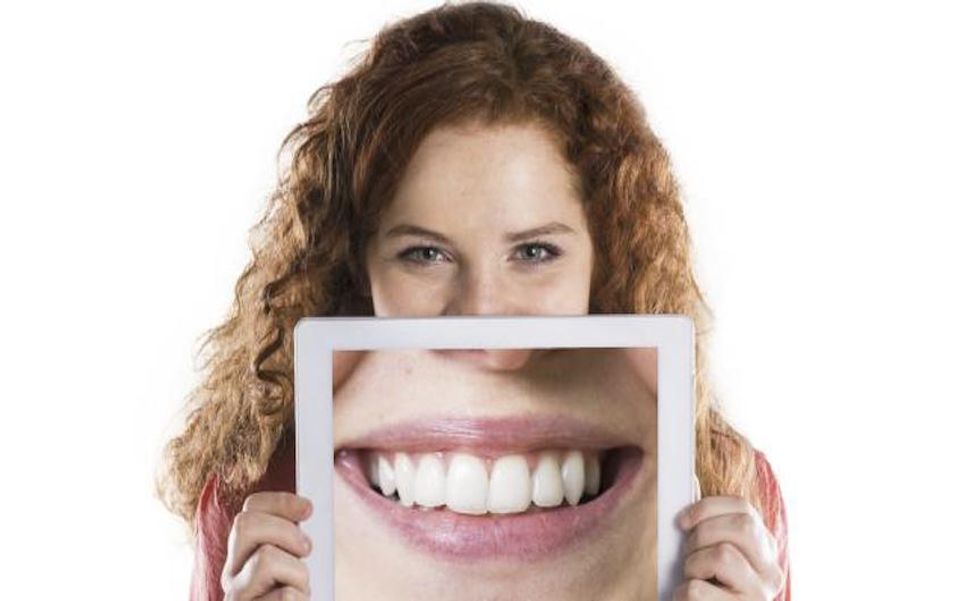 If you pay attention to the preachings of self-help gurus and panacea-promising magazine articles, you might think that a sunny disposition is the key to a long life.But a study published in the Lancet in December casts serious doubt on this received wisdom, finding that, while happiness may influence healthy behaviors, it has no apparent direct effect on the risk of death.

Not surprisingly, academics who examine the relationship between psychological well-being and health have been hostile to the study; in recent years, many researchers have thrown their weight behind the presumption that emotional well-being benefits health. A number of these academics’ studies have suggested that positive emotions can directly influence bodily changes that may ultimately prolong life.

Martin Seligman, the godfather of the positive psychology movement and former president of the American Psychological Association, dismissed the Lancet paper as a “defective study” worthy of “major criticisms.”

Reflecting on the chorus of peer disapproval, Sir Richard Peto, one of the new paper’s authors, quipped, “People can believe whatever they like as long as it makes them happy.”

According to Peto, a professor of medical statistics and epidemiology at Oxford, several researchers who have examined the interplay between psychological harmony and health have confused cause and effect, concluding that unhappiness is associated with poor

health because, for the most part, poor psychological health causes physical sickness. His new paper, which samples the largest-ever population for a study of its kind, says the reverse phenomenon is primarily the case.

“You don’t really need the findings of the study to tell you that illness can make you unhappy,” Peto said.

A huge study of health and happiness

The Million Women Study recruited 1.3 million English and Scottish women in their fifties and sixties between 1996 and 2001. Three years after joining, the women answered a detailed survey in which they rated their personal health andnoted any conditions such as diabetes, high blood pressure, asthma, arthritis and depression or anxiety. They also rated where they fell along a continuum of happiness, and answered questions about how often they felt in control, relaxed or stressed.

To determine whether happiness ratings were stable, the study authors asked 10,000 of the women about their happiness a second time, a year after the first survey. Only 5 percent or less of those at polar ends of the happiness spectrum flip-flopped to the other extreme.

The researchers focused their analysis on 720,000 women who did not have a major illness such as cancer, heart disease, stroke or emphysema at the beginning of the study.Thirty-nine percent of these women reported in the early survey that they were happy most of the time, while 44 percent said they were usually happy, and 17 percent were unhappy.

According to the study’s lead author, Bette Liu, an associate professor of public health at the University of New South Wales, the women “were more likely to report feeling happy if they were healthier, less [materially] deprived,

physically active, did not smoke, had a partner, and belonged to a religious group or participated in social activities.”

The study also demonstrated a strong connection between poor self-rated health and unhappiness.

The researchers kept track of these women for an average of 10 years. During this time, 31,500, or 4 percent, died.

Compared to those who claimed to be happy most of the time,the unhappy women had about a 30 percent greater risk of dying—taking into account their age differences. However, after the study authors also factored in the women’s self-rated health in the initial survey, they found there was no difference in risk of death between the happy and the unhappy.

This led the authors to the conclusion that poor health was likely causing unhappiness, not the other way around, and that simply looking at the women’s happiness levels could not predict whether they would live or die.

Peto argued that the findings apply to men as well. But Phillipe de Souto Barreto, of the Institute of Aging at the University Hospital of Toulouse in Toulouse, France, contradicted that assertion in an interview. In an editorial accompanying the Lancet paper, he detailed how the connection between happiness and mortality tends to be, at least to some extent, sex-specific. Men reportedly reap greater benefits to longevity from psychological well-being. The sources of men’s emotional health also tend to differ from women’s. For example, good interpersonal relations tend to improve women’s emotional well-being more than men’s.

The researchers also put the variable of self-rated health aside and examined the effect of adjusting the death-risk data for the women’s age as well as for various other factors that might affect their mortality, including obesity, exercise, smoking, alcohol use and sleep. With the considerable exception of smoking, each of these individual elements influenced the

risk of death only slightly. Edward F. Diener, a psychologist at the University of Illinois at Urbana-Champaign, also known as “Dr. Happiness,” said that by accounting for all of these particular factors when adjusting their data, the Lancet paper authors “controlled away” many pathways by which happiness may influence longevity.

Indeed, research suggests that a positive emotional state can promote healthier behaviors where diet, exercise, sleep and alcohol consumption are concerned. All these factors can play into how long people live.

Peto said that Diener was missing the point of the study.

“Do I agree that being unhappy can make you do things that are bad for your health? Yes, no doubt about it,” Peto said. “That’s not the issue at all.”

The heart of the matter

The Million Women Study contradicts the assertion that happiness has a direct effect on longevity. This claim flies in the face of academic theories that a positive emotional state can directly benefit the body’s inner workings and that psychological well-being may make people more resistant to disease—for example, by reducing blood pressure,stress-induced inflammation, and cortisol levels.

Diener (Dr. Happiness) is clearly in the happiness-leads-to-longevity camp. “People who are happier have better physiological parameters,” he said. “Studies on animals show that stress harms physiology and longevity.” He made his case clear in the title of his 2011 paper: Happy People Live Longer: Subjective Well-Being Contributes to Health and Longevity.

But according to a 2010 review from Anthony D. Ong, an associate professor of human ecology at Cornell University, evidence supporting a direct, physiologically mediated connection between psychological well-being and longevity is weak.

Some skeptics go so far as to say that evidence remains cloudy behind much of the research claiming that bonhomie provides a general, even indirect boost to life expectancy. Part of the problem with this body of research is that the design of many studies leaves

researchers hobbled when attempting to differentiate between correlation and causality. Bestselling author Barbara Ehrenreich notably raked such studies over the coals in her 2009 book Bright-Sided: How Positive Thinking is Undermining America. She was especially scathing in her analysis of a 2001 study that found that the emotional content of handwritten biographies from a collection of nuns, written in the 1930s when the women were about 22, strongly predicted how long they would live.

“One might just as well conclude that the key to longevity lies in good writing,” scoffed the Ehrenreich.

A phenomenon called publication bias, in which studies that find a null result have a harder time getting published, may partially explain the relatively small percentage of papers asserting that psychological well-being actually has no bearing on longevity. Also, because of the psychological field’s general preoccupation with pathology, there is still a relatively paltry crop of scholarship available that examines the connection between happiness and health; published studies looking at depression’s relationship with health outnumber happiness papers by more than 20 to one.

How is psychological well-being defined?

Researchers have criticized the new Lancet paper’s authors for their narrow characterization of psychological well-being, and for hanging their findings on that single factor, happiness. Other academics subscribing to the happiness discipline tend to use much broader and more multifaceted definitions of well-being in their own research, including elements such as an individual’s sense of purpose, personal autonomy, self-acceptance, satisfaction with life, optimism, and vitality. These investigators also don’t necessarily presume that

unhappiness and happiness are opposites of one another or that they exist on a linear continuum. Additionally, according to Laura Kubzansky, a professor of social and behavioral sciences at Harvard with a background in epidemiology, “It is indeed possible that happiness is not the strongest form of well-being that predicts health.”

“There is no perfect or generally agreed way to measure happiness,” acknowledged Bette Liu. Nevertheless, she said her paper’s findings are buttressed by the fact that the study participants’ responses to questions about how often they felt in control, relaxed or stressed also had no bearing on their risk of death.

Unimpressed by the addition of these three additional questions to the study’s analysis, Kubzansky said that “few social scientists would say that these are valid measures of well-being.”

The Harvard professor further criticized Liu and her colleagues for relying on self-rated health in their statistical analysis. When individuals are asked to appraise their own health, Kubzansky said, their response is typically influenced by both their physical and mental health. Given that the measure of self-rated health “actually encompasses a component of happiness,” she said, “it is not surprising that the effect of happiness vanished” when the researchers adjusted data for that factor.

“It’s like putting the same variable in the model twice,” she said.

Thanks to what she sees as substantial flaws in the Lancet paper’s methodology, Kubzansky said she believes that the study’s conclusions “are at least overstated and possibly incorrect.”

As for Peto, he doesn’t think anyone will suffer a crisis of faith over the findings of his paper anytime soon.

“This will make very little difference to the number of people who believe that happiness has any relevance to mortality,” he said. “It’s just one of these urban myths. It suits people to believe.”